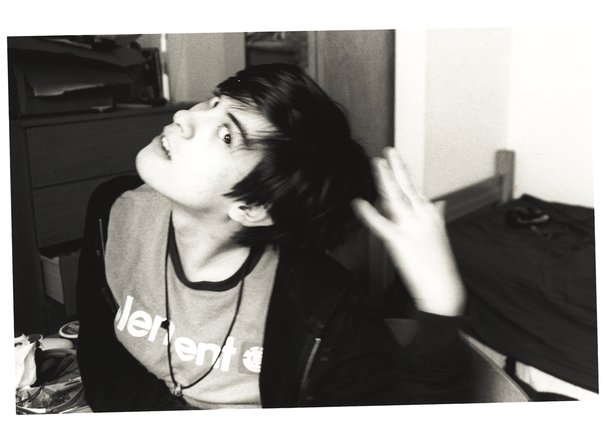 I had the pleasure of meeting Geoff for the first time in person at Metrocon this year in Tampa, Fl where he won the tournament for Super Street Fighter 4 Arcade Edition. He is known for not only his brilliant Cammy in the SSF4 series, but also for his humor and video editing. His Youtube channel contains videos he’s made that bring helpful tips and many laughs to the fighting game community and beyond. He just finished completing a video walkthrough of the game Catherine in parts. Geoff is a valuable asset to the gaming community and his words are very important to gamers everywhere including myself. Thank you, Geoff.

When did you start competing in fighting games professionally? Did you start when you were confident in your skills or did you get good by participating in tournaments right away?

First off, thanks for the opportunity for this interview! I LOVE YOU. I started actually caring about winning in fighting games when HD Remix came out in 2008. However, my first tournament was a week after Vanilla SF4 came out, which was the nationwide GameStop tournament (they banned my character and forced you to use broken, sticky 360 controllers!). After that terrible abortion of a tournament, I stuck to playing online. I had a terrible grasp of the fighting game engine though, so a lot of that practice time went to waste. I started to gain some sort of understanding of what was happening on the screen when I started making friends on Shoryuken.com’s Cammy forums. Trust me, a tiny bit of research will help your game tremendously. From there on out I believe I’ve been doing good for myself! I’m pretty great.

How much do you practice to play as well as you do? How much practice do you think one should have in a fighting game like SSF4?

Back when Vanilla SF4 came out, I would grind ALL day long. I’d lock myself in my apartment for an unhealthy amount of hours at a time and grind online like no tomorrow. Little did I know back then that all that was very inefficient because I had a very poor understanding of the fighting game engine itself. When I came to my revelation of understanding, I was playing about 2 hours locally/online a day, due to my job and university taking priority. Nowadays, I find myself playing SSFIV AE a little less than that, but the excitement and spirit of the game is as fresh as it was the first day! My good friend SeikuRyu, a phenomenal Cammy from San Diego, recommends 2 hours a day minimum in training mode… Loser~ 😉

I’m sure you have a few characters under your belt but I understand your main character is Cammy. What was your reason for choosing her to stick with even after the initially gruesome nerf?

I’d like to get back to the nerfs/buffs she got in a second, but to directly address the question– it’s character pride. I’ve stuck with Cammy since Vanilla SFIV (where she was considered horrible) and there’s no reason for me to switch off now. The main change that people are upset about is the Cannon Strike move (a move that is able to apply offensive pressure by cancelling her jump arc into a high damage potential attack). It now has a height restriction which makes her rushdown less intimidating. However, nearly all of Cammy’s punches have been buffed to be insanely effective as frame traps as well as more damaging combos. You do have to put some more brainpower into making her work, but ohhhhh does she work. All the big, established names I talk to absolutely agree, Cammy is still a sexy beast. I do wonder what Ono (SF Director) has in store for Cammy in the rebalancing patch coming this year.

I have been told, actually, there are players who have you to thank for helping other Cammy players get through the change. Are there any comments you may have for them and others who were discouraged by the nerf?

Street Fighter is not immune to typical social stigmas. Hive mentality goes hand in hand with ignorance. Just go into any Street Fighter stream chat and look at how boisterously stupid the majority of chatters are. Any true player will be able to see Cammy’s amazing potential, and I leave it at that! However, if you haven’t seen it, please watch my lightning-quick overall Zero To Hero Cammy tutorial:

Are there any conventions or tournaments you intend to compete at coming up?

I’ll be attending many more tournaments this year. To name a few: Storm Underground 3, some crappy local Tallahassee tournament, Final Round and EVO 2012. GamerBee wants a salty runback on our Hugging Money Match:

What was the inspiration for your videos? If there was none, where did the idea come from to become so involved? How long have you been making and editing videos?

Since making it as a co-host on MTV’s G-Hole when I was 16, I’ve been inspired to show others that screwing around playing video games is a ton of fun. You don’t need to have an unhealthy obsession with winning at video games in order to have fun. Where’s that going to get you in life? I hope that through example, I’m able to teach others how to take it easy, have fun, and be receptive to learning/daily life experiences. All while I’m having a blast playing video games.

When I made the DarkSydeGeoff channel/persona, it was made as a parody of the ridiculousness of the video game community. The idea took off and formulated into its own cult following.

Fighting games aren’t the only type you play. Do you have any favorite developers or series in other genres? What are they?

Atlus and Capcom are my favorites right now (not Capcom as of late!). I ran a fairly popular MegaMan website community way back then, so I’m pretty diehard about that series. No matter how hard they run everything into the ground. Otherwise I love pretty much any game/series that can emotionally wreck me. Ace Attorney Series, Heavy Rain, SMT/Persona Series– all must play games.

What are you playing now besides Catherine?

I just finished a playthrough of the indie game VVVVVV. So simple yet addictive.

Any last comments for our readers, Geoff? Is there anything you’d like to add?

– A developer can fix or modify an already made game in the form of a totally separate upgrade like SSF4: Arcade Edition or downloadable content. This can either “nerf” an aspect or character which makes things worse, or “buff” it to make them better. This is meant to create balance but not everyone is always happy with changes made.

-Gamerbee is a Taiwanese SSF4 player who came out of nowhere and eliminated the infamous Justin Wong, one the top players of the United States during the SSF4 semi-finals of EVO ’10.

-“EVO” or “Evolution” is the annual fighting game world championship for not only Street Fighter, but other fighting games as well.

Angelika is an English major who is simply aiming to contribute to the gaming community. Her favorite series include but are not limited to Assassin's Creed, Devil May Cry, and Dragonage.