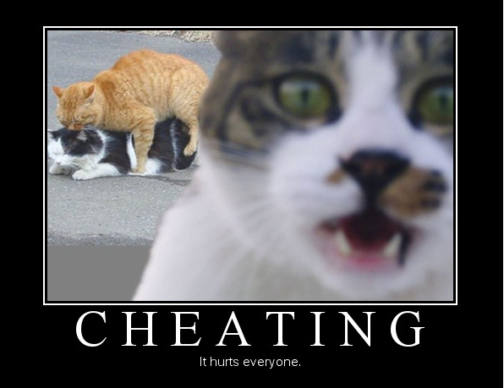 We’re talking cheaters, hackers and lawsuits from Overwatch players wanting to sue Blizzard for banning them for cheating to Blizzard suing software hackers for messing with their game.

END_OF_DOCUMENT_TOKEN_TO_BE_REPLACED 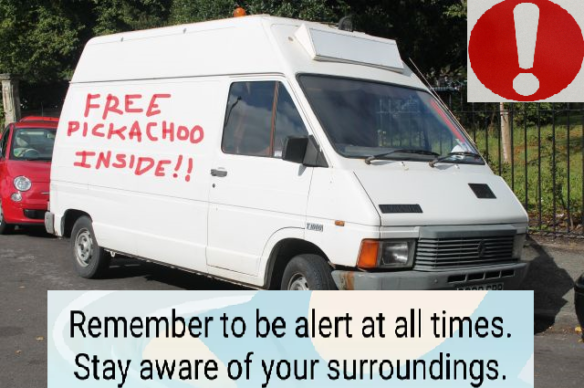 Pokemon Go has taken over and we discuss the dangers of it happening in Miami. We also talk about the guy who impersonated an Apple employee and stole 19 Iphones, how the surrender button in League of Legends is driving J.A. crazy, how Katsuhiro Harada of Tekken 7 summoned a horde of SJW’s and a parrot that makes sex noises.

END_OF_DOCUMENT_TOKEN_TO_BE_REPLACED

Yes Apple was into gaming (besides Macs) long before the iPhone. They teamed up with Bandai to make a console of their own, the Apple Bandai Pippin.

END_OF_DOCUMENT_TOKEN_TO_BE_REPLACED

Loved the series and love this announcement. Fans of the SNK classic fighter, Samurai Shodown 2 will now be able to play hit game on their Apple and Android devices. The game will feature all the weapon fighting fun you remember from the 90’s and will include support for Bluetooth controllers which is really good considering I never liked fighting games with the on screen directional pad. As of now there is no online play, but at least you do not have to wait long, the game will be released later this month.

END_OF_DOCUMENT_TOKEN_TO_BE_REPLACED

We have seen reporters fall down, curse and get in fights, but sometimes a “bad thing” can happen to a reporter that is pretty cute. Apparently the cat in the video is already around that area and decided to get in on the report.

END_OF_DOCUMENT_TOKEN_TO_BE_REPLACED

Recently iCade released their 8-Bitty, a retro gamepad that looks and feels like the classic NES game pad. The device is wireless and uses blue-tooth connectivity allowing you to pair your pad with your Apple or Android device. The pad features four buttons and the classic D-Pad and it fits in your pocket. The 8-bitty runs on two AAA batteries and has a power saver mode so you are not always replacing them.

END_OF_DOCUMENT_TOKEN_TO_BE_REPLACED

Like most puzzle games, the concept behind Angry Birds is a simple one which doesn’t really need a detailed backstory. Suffice to say, some evil (and for some reason, green) pigs have stolen the eggs belonging to a group of birds. This has understandably made the birds angry who have decided to channel their anger into a direct assault on the pigs who have barricaded themselves in and around various strongholds. It is then your job to launch the birds at the pigs using a large slingshot with the eventual aim of defeating them and reclaiming the treasured eggs. This is achieved either by direct contact, or by causing nearby structures to collapse onto them. Those pesky pigs have built some elaborate defenses though, so it won’t be easy!

END_OF_DOCUMENT_TOKEN_TO_BE_REPLACED

Independent marketing schemes such as those created by Innovatty on twitter, involving all of the indie developers retweeting about each other’s ideas were also invaluable as well as the forums on sites such as TouchArcade. The challenge was intimidating, attempting to do battle with companies such as EA, in an arena that they were swiftly trying to dominate. Adverts such as the one above, were circulated across the globe in an attempt to build up a buzz before the game was released. Finally, towards the end of August, we gained permission from Apple for the game to go live and after hours spent blogging, tweeting, face booking and you-tubing, all we could do was hope.

END_OF_DOCUMENT_TOKEN_TO_BE_REPLACED

You would think that you could not replicate that feeling once you are buying your own gifts, but that isn’t true. When I purchased my black Xbox 360 I felt just like a kid again even though I was spending my hard earned bucks and the same can be said for games like Batman Arkham City and the upcoming Star Wars, The Old Republic. So you may have purchased your gifts this year and if you are lucky you have others buying gifts that you know you will love. Here at Obsolete Gamer, we look at modern games and systems that can also have a Retro twist to it, but in the end will bring smiles to our faces when we open it.

END_OF_DOCUMENT_TOKEN_TO_BE_REPLACED

Lode Runner has been considered a classic for some time. It made #80 on Computer Gaming World’s 150 Best Games of All Time list, and was mentioned in 2003 as one of the best games of all time by Gamespot in their The Greatest Games of All Time series. The creator of Tetris, the classic puzzle game that all puzzle games are compared to, was quoted in a 2008 interview with Edge Magazine that he considered Lode Runner to his favorite puzzle game for many years. There was even a 1986 Lode Runner board game created by Donal Carlston (the creator of the still-popular board game, Personal Preference)!

END_OF_DOCUMENT_TOKEN_TO_BE_REPLACED

Jobs and Wozniak would later pair up to work on Atari’s 1976 release Breakout, the ball-and-paddle brick-breaking game that has been cloned a million times over, from 1987’s arcade hit Arkanoid to countless Flash-based clones on the internet today. Offered a bonus by Atari if the number of chips that could be eliminated from the machine, Jobs offered to split the bonus with Wozniak, who worked for days on end to reduce the design to such a degree that Atari was unable to figure it out and had to redesign the circuit board over again. Despite the fact that Wozniak did the work, Jobs took most of Atari’s bonus money for the project without Wozniak’s knowledge.

END_OF_DOCUMENT_TOKEN_TO_BE_REPLACED

Steve Jobs was just evil to me all throughout the movie. In real life, I still don’t like him, which is funny because I hated everything Microsoft for many years when I was younger, but in reality I didn’t like how he reacted to being informed at the number of record suicides at the Foxconn factories, which make a LOT of Apple products. The transformation this movie shows goes from stoner hippie to egoist pioneer to evil business genius. I just think he’s a real asshole. Through the movie he kept denying that his daughter Lisa was actually his.

END_OF_DOCUMENT_TOKEN_TO_BE_REPLACED

For the iOS version we have conserved the highly praised gameplay exactly like on the original, while at the same time adapting it to excellent play on mobile devices. Further improvements, not possible in the original, include Game Center to compete against your friends, and Daily Leaderboards updates with player comments.

END_OF_DOCUMENT_TOKEN_TO_BE_REPLACED

Let me start by saying this review is more for the casual gamer meaning it will not be filled with charts and graphs and a ton of numbers that most would not understand. There are a ton of super technical reviews on the Alienware M11x r2 that provide every benchmark number and rating score you will ever need, this, is for the rest of us.

END_OF_DOCUMENT_TOKEN_TO_BE_REPLACED

Fans of the Bust-A-Move or Puzzle bobble series can now play this arcade classic on your Apple device. Today the Taito Corporation (a wholly-owned subsidiary of Square Enix Holdings Co., Ltd) announced today that the 1994 hit will be available on the App Store for $4.99 USD.

The slingshot is pretty simple. If you have ever used one as a kid the principle is the same. If not the idea is a rubber band around a curved tuning forked shaped stick. The more you pull back on the band the farther the object will fly. You can also adjust the band to fire the bird high or low and to create launching angles and bombing trajectories.

END_OF_DOCUMENT_TOKEN_TO_BE_REPLACED

Fire up a good emulator and relive part of your childhood once again!