Way back in time, when I was gaming the night away on my Apple II clone (a Circle II), all things Zork ruled my gaming existence.  But when I needed a respite from adventuring in the Great Underground Empire, Lode Runner was the game that took its place. 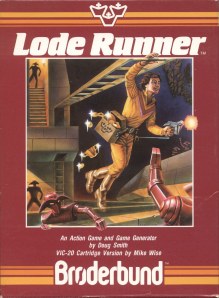 Lode Runner was an arcade hit published by Broderbund Software in 1983.  The game’s backstory was that a vast fortune in gold bullion was heisted by the Bungeling Empire, and it’s your job to recover it.  Some of the gold sat around waiting for you to pick it up, and some was carried by various agents of the Empire –  which required a slightly more creative approach.  Essentially the only way to get their gold was to bury them alive, and wait for the gold to pop out once they were crushed to death.  Your Lode Runner was able to blast the dirt to either side of him (and more than one square, if needed), which would eventually automatically refill.  The trick was to make certain that an Agent would fall into it, and be unable to get out in time before the hole refilled.  Blast too soon and the hole would refill long before the Agent arrived; blast too late and the Agent would either climb out of the hole and expunge your Lode Runner from virtual existence or the hole would not open at all.  Timing your blasts, and knowing when to kill your Agents off, was the point of the game. 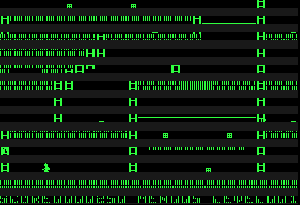 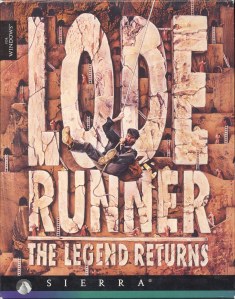 Lode Runner has been considered a classic for some time. It made #80 on Computer Gaming World’s 150 Best Games of All Time list, and was mentioned in 2003 as one of the best games of all time by Gamespot in their The Greatest Games of All Time series.  The creator of Tetris, the classic puzzle game that all puzzle games are compared to, was quoted in a 2008 interview with Edge Magazine that he considered Lode Runner to his favorite puzzle game for many years.  There was even a 1986 Lode Runner board game created by Donal Carlston (the creator of the still-popular board game, Personal Preference)!

Back in 1983, a big bowl of salt ‘n’ vinegar potato chips, a jug of chocolate milk, and an afternoon of wiping out agents of the Bungeling Empire was a recipe for good times.  Now that I’m older (married with children, no less!), there’s no more chocolate milk nor salt ‘n’ vinegar potato chips, and my afternoon gaming has now been replaced with late evening gaming. But Lode Runner will always hold a special place in my gamer heart, and if you’ve never played it, find one of the updated versions and have great time!