I’m sure the above ad is all about the brain teasers only. Right! ~J.A. Laraque

We all know sex sells, all you have to do is watch any kind of advertising long enough and you will see it and when it comes to advertising to men, you can be sure that having a pretty lady showcasing the product is always thought of as a plus.

Strangely enough, as much as gamers can be lured in by a pretty face and over exaggerated breasts, today, that is no longer enough for us to buy a game. Whereas ads of the past could showcase a pretty girl in front of almost anything and be considered a good marketing strategy it is almost looked upon as insulting to do so now. 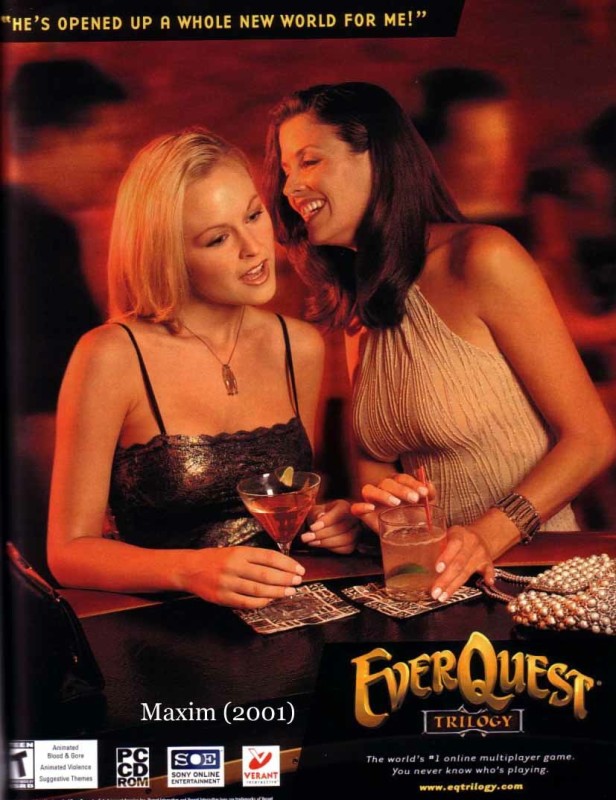 The infamous Everquest ad with the two models received a lot a backlash whereas twenty years prior it would have been accepted as the norm.You can’t blame marketers for placing pretty women next to products they want men to buy, that has been working for a long time just look at any car show or trade show for that matter. So it is no surprise that early video game ads pretty much were the exact same thing.

Here are some examples. 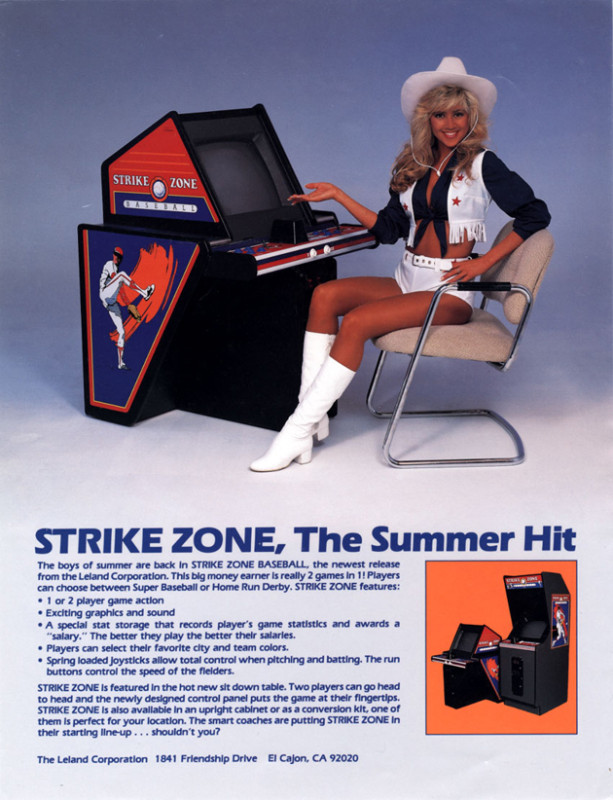 Consider that in all likelihood she has no idea what this thing is and maybe the ad agency doesn’t either. There are no screenshots of actual gameplay either; I mean the cabinet is off for the love of Zod. 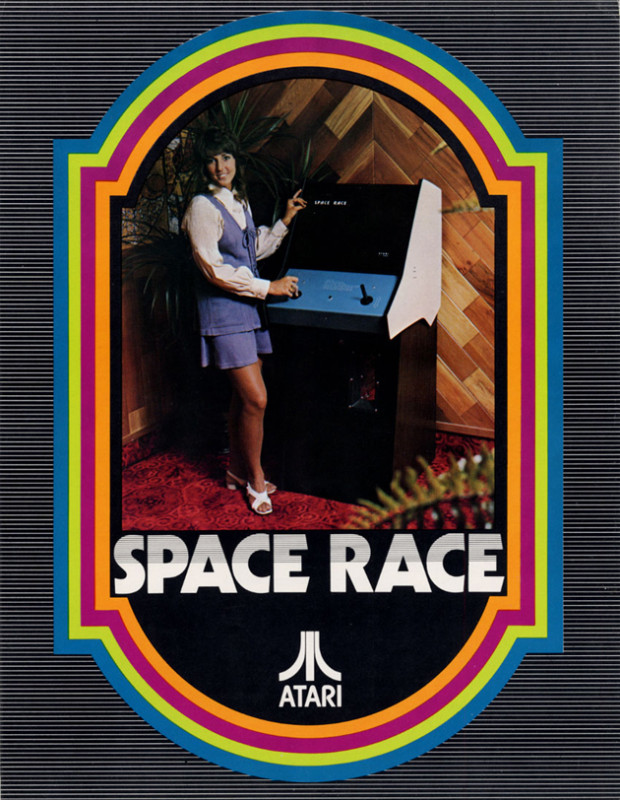 These are your standard “presentation poses” where you just stand in place no matter what is there be it an arcade game, car or missile. The point is, pretty girl + product = cash.

This reminds me of those “You can be rich too” commercials. The reason being is the game has none of these women in it if you win the race so it’s kind of a letdown. Just look how excited that girl is about that exploding champagne bottle, my girlfriend used to look at me like that. 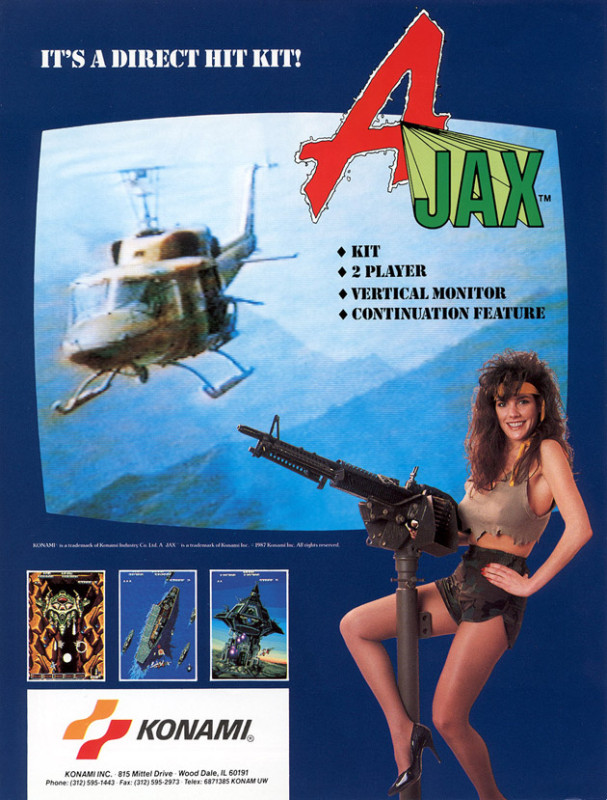 I kid you not, I have been to gun shows where you see this for real. Ladies dressed in less than this holding or leaning against guns and all other kinds of weapons of mass destruction. Again, we have the actual gameplay very small here, it’s all about the T&A. 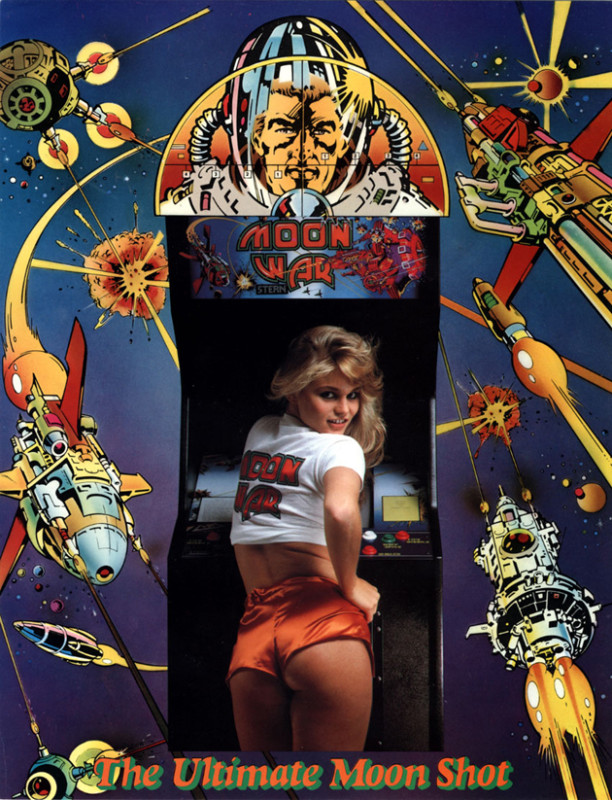 This has to be a troll right? I mean serious you think we photoshoped this or this is an April Fools ad. A game about a war on a moon and a girl “mooning” us, but no, this is one of the real ads and that is a real nice ass.

There are many more ads just like this and in the next installment we will be bringing you more so stay tuned!

I Had 150 Pokemon But A Charmander Named Pidgey Ain’t One.

Critical Thinking: One Game, One Bullet, One Chance