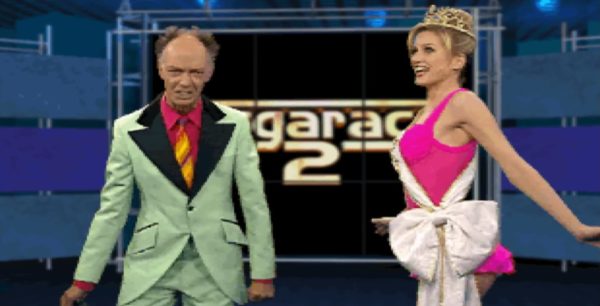 Megarace 2 was one of my favorite DOS racing games from the 90s. Sure, the AI in the game was really cheap (think of the catch up option always ON for the computer opponents only) but it had a unique style that in my opinion made it the best game of the entire Megarace series. Part of that style was the hilariously funny videos that were used as cut scenes before and after battles.

These cut scenes consisted of Lance Boyle, the game’s host, and always his lovely assistant which either is a different clone every time or Lance is enough of a dick that he never remembers her name or calls her a random woman’s name just to troll her. If you’ve never seen it before press play and prepare to have your mind blown. Here are all the Megarace 2 cut scene videos!

You know that just became your favorite cheesy game scene set in a dystopian future!

Revisiting Link To The Past

Would you buy: N64 USB Controller