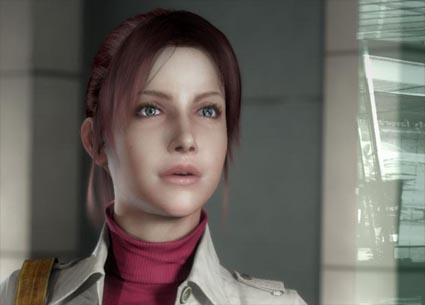 It’s always a Top 10, a Top 5 or a Top 100. Not this time though. This is a Top 7, and it’s about the Female Game Character; an endangered and usually stripped down to its panties species. This is different, as this post will not be about Lula, Lara or any other two-syllable named bimbo. It will be about interesting characters, that even a woman (gasp!) could enjoy…

Number 7: The legendary Ms. Pacman. Not a proper female, I know, but she …er… does dress like one. If you’re into round, yellow, pill-poppers you’ll just love the old lady.

Number 4: Shodan, from System Shock (and apparently SS2). Call her a slut and she’ll fry you; perhaps even destroy earth. An amazing piece of homicidal AI, if I ever saw one and a perfect match for Wintermute.

Number 3: Kerrigan, another villain, and not 100% human either. Great looks (for a Zerg hybrid at least), a member of the order of the abominably nasty and key figure in the best RTS expansion ever: Starcraft Brood War.

Number 2: April Ryan from the Longest Journey and Dreamfall. Uniter of worlds and magically inclined, April is also a talented and rather ‘alternative’ girl from the future, who just so happens to star in adventure games. Recently into hot arcade action too. 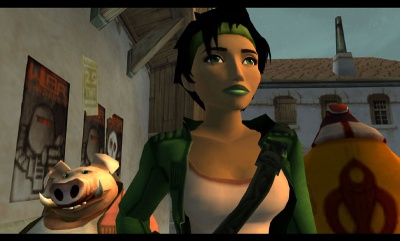 Number 1: Jade, the star of the amazing Beyond Good and Evil action-adventure game. She has style, flair, good looks and a kind heart (Ooooh! that’s sweet). She’s also a revolutionary. Like Rosa Luxembourg only with green lips. Just have a look at this great game. Control each and every Jade‘s action. Follow the link.

Why did she Kick My Ass at Fighting Games?