, reading the following interview should be both enlightening and considered as an appetizer. 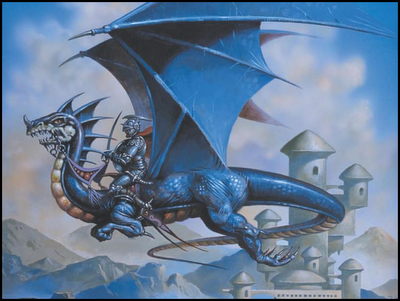 1. Matt, care to introduce yourself to the merry retro loving lot that are the Gnomeslair.com & Obsolete Gamer readers?

(co-authored with my friend and colleague Bill Loguidice). I’m also an assistant (soon to be associate) professor of English at St. Cloud State University, where I teach classes in writing, rhetoric, and new media.

2. And what would you say some of your favourite games are? Any particular love for a genre or a gaming machine?

My favorite genres are adventure games, role-playing games, and strategy games. Some of my favorites include Baldur’s Gate, Pool of Radiance, World of Warcraft, Civilization, and the Nancy Drew series of adventure games. I have many consoles, but my favorite gaming device is the PC. Going further back, I will always be an Amiga and Commodore fan at heart.

3. So, Armchair Arcade, how would you describe the site and what’s the story behind it?

We were friends on a forum dedicated to Shane R. Monroe’s Retrogaming Radio show. We talked about putting together an online magazine, and eventually set it up. For awhile we focused on “issues” and tried to make it look like a retromag. We were amazed by how much attention it got, frequently mentioned on Slashdot and many other sites (even Slate and the Discovery Channel). Eventually, though, we morphed into a blog format and started selling our features to other sites (especially Gamasutra). Now we use AA as our home base for communicating to fans and fellow retrogamers, talking about our latest projects, and so on.

4. Same question on the incredibly well produced Matt Chat episodes… How did you decide to start a video show on retro games, and what would you say is this little something that makes Matt Chat unique (for, believe me, it is unique)? By the way, love that gaming wall you got in the background.

Matt Chat has come a long, long way in a short time. When I first started, it was just me and a webcam trying to hawk my books. The production quality was terrible! But I wanted to learn more about videos because Bill and I are producing a feature documentary for Lux Digital Pictures (Gameplay: The Story of the Videogame Revolution). I figured I needed more experience with videos to really handle a project like that, so I kept learning and experimenting, trying to refine my techniques. If you notice, I usually try to put in one more technique or one more refinement per episode, so I’m always learning something new.

I don’t think Matt Chat is unique. There are many, many other YouTubers out there doing similar shows. For instance, ianwilson1978 does great work on the Sega Genesis and Marlin Lee covers a variety of games. I guess one thing that makes my show special is that I feature games from all platforms, especially covering PC and computer titles that the others miss. Most other shows are dedicated to consoles, especially Nintendo classics. I figure those games already get enough love, so I try to cover ground that is not covered by the other shows–such as Dungeons of Daggorath for the Tandy CoCo, Tunnels of Doom for the TI-99/4A, or even the PLATO platform. I also feature interviews with classic developers, such as John Romero and Al Lowe. I’ll soon release my interview with Chris Avellone.

5. Really, is it tough producing something of this quality on a weekly basis?

It can be. Sometimes my editing program (Sony Vegas Platinum) crashes so much during rendering that I’m tempted to just give up. I would really love a better setup! The other big problem is capturing footage from games, especially old Windows games. Even with fraps, virtualdub, and the rest, it can be a nightmare sometimes capturing decent footage.

Other than these purely technical problems, though, it’s not hard at all. I can easily come up with things to say, and I like researching the games anyway. I also enjoy inserting inside jokes and humor, and interacting with the fans is a real joy.

6. How about your books? They are two on games and one on Wikis, correct? Do you feel gamers actually bother reading?

I think most gamers are highly intelligent; at least the ones I talk to. I know plenty of professors and graduate students who are serious gamers. But, of course, there are many who never pick up a book. That is sad, of course, since I couldn’t imagine living life without good books to read. It’s really important to read good books, not just newspapers and such. You can always tell when you’re talking to an avid reader, because he or she will be more knowledgeable on a broader range of topics–plus, I think it makes you more articulate and, frankly, intelligent. I had a friend who read War and Peace just for fun, but he told me later he felt more intelligent after reading it. Some people laugh at comics and graphic novels, but they are actually much more sophisticated now than they used to be. You could certainly learn a thing or two from Moore‘s work.

There’s really no excuse for being ignorant. So read!

7. Now, let’s focus a bit on the rather epic Dungeons and Desktops. Why CRPGs? Could you briefly describe the book? Has it sold to your expectations? Did you enjoy writing it?

It’s pretty much what it says; the history of computer role-playing games. I tried to talk about every important or even remotely influential game in the book, describing what makes them fun and how they fit into the grand history of the genre. I tried to show connections across eras and styles, so you could get a sense of the diversity. Someone may have heard of Baldur’s Gate, for instance, but be unaware of Planescape: Torment, Pool of Radiance, or Eye of the Beholder. I meet people who may know all about Zelda and Final Fantasy, but have never heard of Ultima or Lord British. That bothered me, so I thought it was time to write a book on the topic.

The book has sold well. Of course, something like this won’t be a bestseller. But I wrote this book for people like us, not the mainstream. By “us,” of course, I’m talking about people who love games like Wizardry and Fallout and enjoy nothing more than talking and thinking about them.

8. Should we expect more books from you? Maybe even a new project or collaboration?

Almost certainly, though it’s very hard to find publishers interested in game books. I have been dying to write a book on adventure games similar to D&D, but no takers so far. Bill and I have been talking about a book on the Atari 2600, and I’ve got one on virtual worlds that needs development. We will probably also write a book based on our documentary.

9. And now for something that interests me quite a bit on a personal level. How did you really manage to -effortlessly, it seems- combine an academic career with all this quality work on computer and video games?

In a sense gaming is my job. A professor is expected to research as well as teach, and game studies is an important part of new media. I’m presenting on aspects of gaming at two national conferences later this year (Computers and Writing, Rhetoric Society of America). People tend to think of “English” strictly as literature and grammar, but it’s far more than that! There are many of us studying games as well as other technologies like wikis and social networking. All of these things involve communication and rhetoric.

10. Finally, have you thought about actually creating a game yourself?

I have, though I’m not satisfied with the results! But a few years ago I taught myself C++ out of some books and made a simple adventure game, which I entered into the Interactive Fiction contest. I was shocked that it was 28th in the 12th annual interactive fiction competition. At any rate, it was fun learning C++, and I’d love to try something more ambitious one day.

Rift Q and A