Not much can be found on the internet about this game, except that it was developed by Opera House in 1991, famous for porting to home consoles from Arcades like Midnight Resistance, Rastan Saga 2, and Captain America and the Avengers. Those games were somewhat decent at least. ~David Kudrev

The SEGA Master System 2 was the first home console I’ve had. It was a new experience in gaming for me as I was used to the arcades and Game & Watch games prior. I still don’t remember why we went for the Master System over the NES at the time. Might be the cost factor, as I did enjoy the games on the NES at the department stores when trying out which home console to go for. Although one thing about the Master System, was even though it had a large library of games, a lot of them were quite bad. This is one of the worst. Enter Running Battle.

Not much can be found on the internet about this game, except that it was developed by Opera House in 1991, famous for porting to home consoles from Arcades like Midnight Resistance, Rastan Saga 2, and Captain America and the Avengers. Those games were somewhat decent at least.. 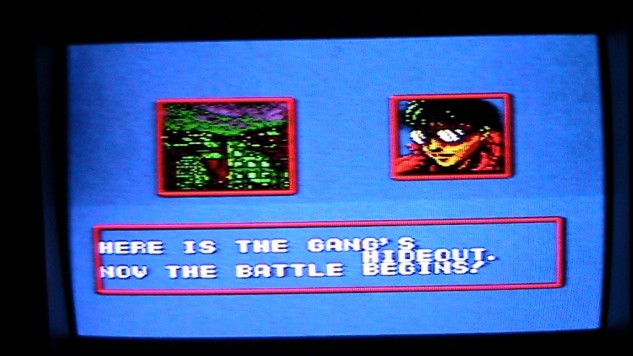 So the storyline in short: The Dark Zone, which is the name of your town, has been taken over by gangs and crooks, you play as Detective Gray, a cop who’s partner was gunned down by said crooks, and you’re avenging the death of him by plummeting yourself into 5 levels of fighting through monotony and cardboard cut-out characters to defeat “M”, the big boss of said town. 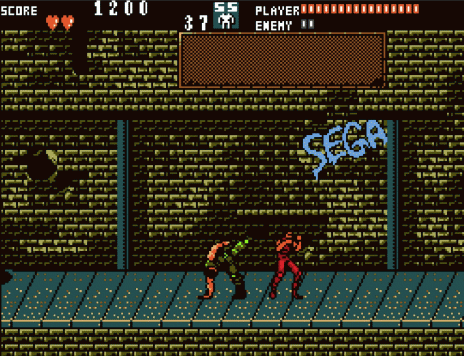 Okay, first off, the graphics are what you’d expect from a game on the Master System. Simple, yet effective for the given hardware there (granted I’ve seen decent graphics pulled off nicely on a Master System, I mean look at Sonic Chaos for example, or Fantasy Zone even! They’re very colorful games, Running Battle tends to go for blander colors.

The music in this game is the only thing that shines, when I first hired the game in 1991 and sat there playing it. The music was what stood out. Oh sure forget that this game has horrible animation in the characters, kind of like waddling a piece of cardboard across the screen, except cardboard doesn’t flicker/disappear when moving.. 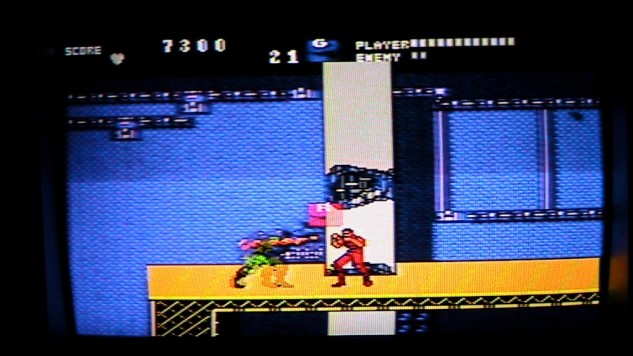 Forget that the collision detection in this game is beyond arse.. as in you can’t even get close enough to the thugs with your fists or kicks. Thankfully you do get some power-ups, like a pistol, rifle, super strength (one hit and the thugs are dead.. if you get close enough to hit them), and then there’s 5-second invincibility.

And forget the storyline and character development, you just fight 5 bosses, defeat the end boss and then greeted to a one-screen, one sentence, one picture end sequence.

I honestly don’t know what happened when this game was developed, whether it was meant to be a tax write-off? There were some great titles in that time on the Master System (Sonic 1, Asterix, Strider, Castle of Illusion) as well as it’s other competitive consoles (Battletoads and Star Wars on the NES). 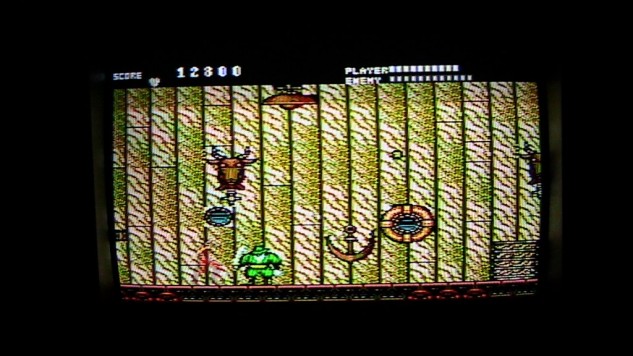 If you see this game in the stores, grab it for the music. But don’t expect anything to pull you in and keep you playing for hours on end..

Pros:
– Music
– A great party game to piss friends off with

Cons:
– Graphics and animations are bland (and at the time other games did better)
– Controls are way too hit-and-miss
– Not much in the way of story

Dave appreciates video games of old and new. Inspired from getting dragged out to Time Zone Sydney in the early/mid 80′s, getting exposed to 8 and 16 bit home consoles and also had a good run of PC-gaming from 1994-2004. When it comes to favourite genres, Dave has a jack-of-all preference, but if he was to pick one? SNES-exclusive jRPG’s would be his flavour. 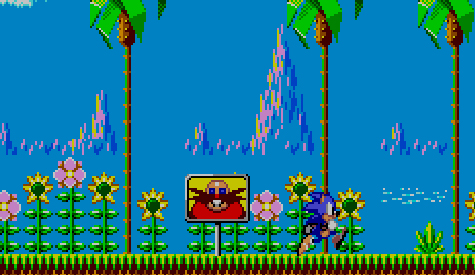