Admittedly I don’t buy the movie magazines like I used to but this one seemed to pop up out of nowhere for me! Once I found out about it though, the expectation and excitement immediately began to surface. How could they not? What film fan wouldn’t be at least intrigued by the prospect of another Ridley Scott / Russell Crowe collaboration to begin with, let alone a Robin Hood one? Perhaps it would end up being a big ol’ Summer Blockbuster along the same lines as the fantastic Gladiator! Or would it be a more cerebral piece like American Gangster? One things’s for sure – anyone expecting a retelling of the classic tale is in for a surprise, for the yarn this film spins is in effect a prequel to that oft-told legend.

It’s fitting really that, what with the influx of comic-book, superhero films since the last Robin Hood film came out, you could consider this an ‘origins’ film of sorts! The story, you see, harks back to the days of Richard the Lionheart and the Third Crusade. When the King (Huston) is killed in battle while returning home to England, the party sent to take his crown home is ambushed by Sir Godfrey, a traitorous English knight who has French allegiances. Stumbling across the aftermath of the attack having recently gone on the run is an archer by the name of Robin Longstride (Crowe) and some of his friends, Allan A’Dayle (Doyle), Will Scarlett (Grimes), and Little John (Durand). Amid the bodies they find a wounded knight called Robin Loxley who, in his dying breath, asks Mr Longstride to return his sword to his father in Nottingham. Taking up the identity of his fallen namesake, he and his friends set course for home.

Before taking the sword back however, Robin must deliver King Richard’s crown to the Royal Family whilst hoping his ruse isn’t discovered. There, he witnesses the coronation of the arrogant and ruthless King John who immediately sets about imposing his will on all and sundry. Once Robin arrives in Nottingham he meets Loxley’s now-widowed wife, Marian, and his aged but wily father, Sir Walter Loxley, who asks Robin to continue impersonating his son in order to protect the family lands from new taxes imposed by King John. And so, whilst attempting to maintain this deception, he finds himself becoming increasingly involved in the affairs of those around him, and as he does so he ends up further and further down the path that lead to him becoming the legendary hero that we all know today.

To be honest, this isn’t the film I was expecting it to be when I first sat down in the theatre. As far as I’m aware, there are two versions of the Robin Hood legend doing the rounds. One has him as an aristrocrat turning to crime after losing his wealth. The other has him as a commoner taking up the fight to help those around him. This film goes the way of the latter, making him a lowly archer in the Plantagenet army before becoming embroiled in matters beyond his control, resulting in unintended outlaw status. I’m sure both versions would’ve made entertaining movies, but I think the route the filmakers have opted for here allows the audience to better like Robin and even identify with him to some extent, with Russell Crowe putting in his standard high performance. He portrays his Robin as humble and honourable yet courageous and holds the screen as well as always. His friends (the future ‘Merry Men’) don’t get a great deal of screentime but are likeable too and provide him with frquent opportunities for entertaining banter.

Talking of characters getting little screentime, the traditional Robin Hood bad guy, the Sherriff of Nottingham (played by Matthew MacFadyen) gets barely a handful of minutes with which to make an impact, but his performace is promising for any potential sequels. Getting far more screentime as far as bad guys are concerned are Marc Strong as the sneering (and scarred, of course) Sir Godfrey, the traitorous English knight, and Oscar Isaac as the slimy Prince/King John. The latter in particular makes full use of his screentime and ends up with the most memorable Scott bad guy since Emporer Commodus. Slightly surprising is the choice of Maid Marian. Far from the elegant lady of privilege seen depicted elsewhere, this Marian is a humble, downtrodden wife struggling to manage the family farm in her husband’s absence, and Blanchett plays her as such – a tough and strong-willed, yet world-weary woman.

So, it’s a fairly unorthodox take on the Robin Hood legend all in all, and I’d say it’s better for it. Scott’s direction is near flawless as always, and the script by Brian Helgeland, one of my favourite screen writers, is for the most part top notch. I wouldn’t really say this was a typical summer blockbuster – it’s probably a bit too grown up to be comfortably labelled as such, but it’s definitely a top quality, action-packed adventure, and the surely-inevitable sequel could be even better! 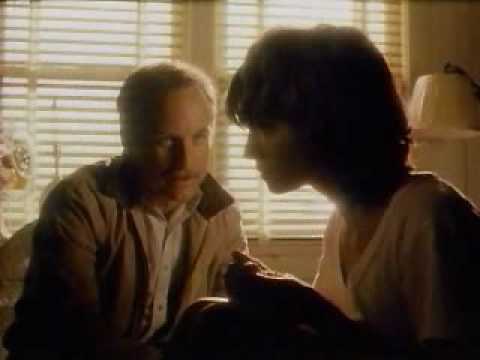