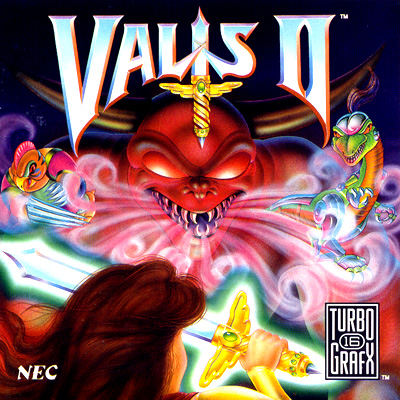 Remember when it was all about cut scenes? Well, in a sense they are still important, but when consoles began using CD ROM’s gamers got their first real look at some very cool live-action and animated cut scenes. Valis II was one of the first games to take advantage of the TurboGrafx-16 CD-ROM attachment which allowed for some pretty cool animated cut screens.

The game itself is more of a traditional action platformer. Developed by Telenet Japan Co and released in 1990 this six staged game featured your standard left to right enemy slashing actions. The game featured, items, power-ups, mid-level bosses and end bosses which, as said, took advantage of cut scenes featuring animation and voice overs.