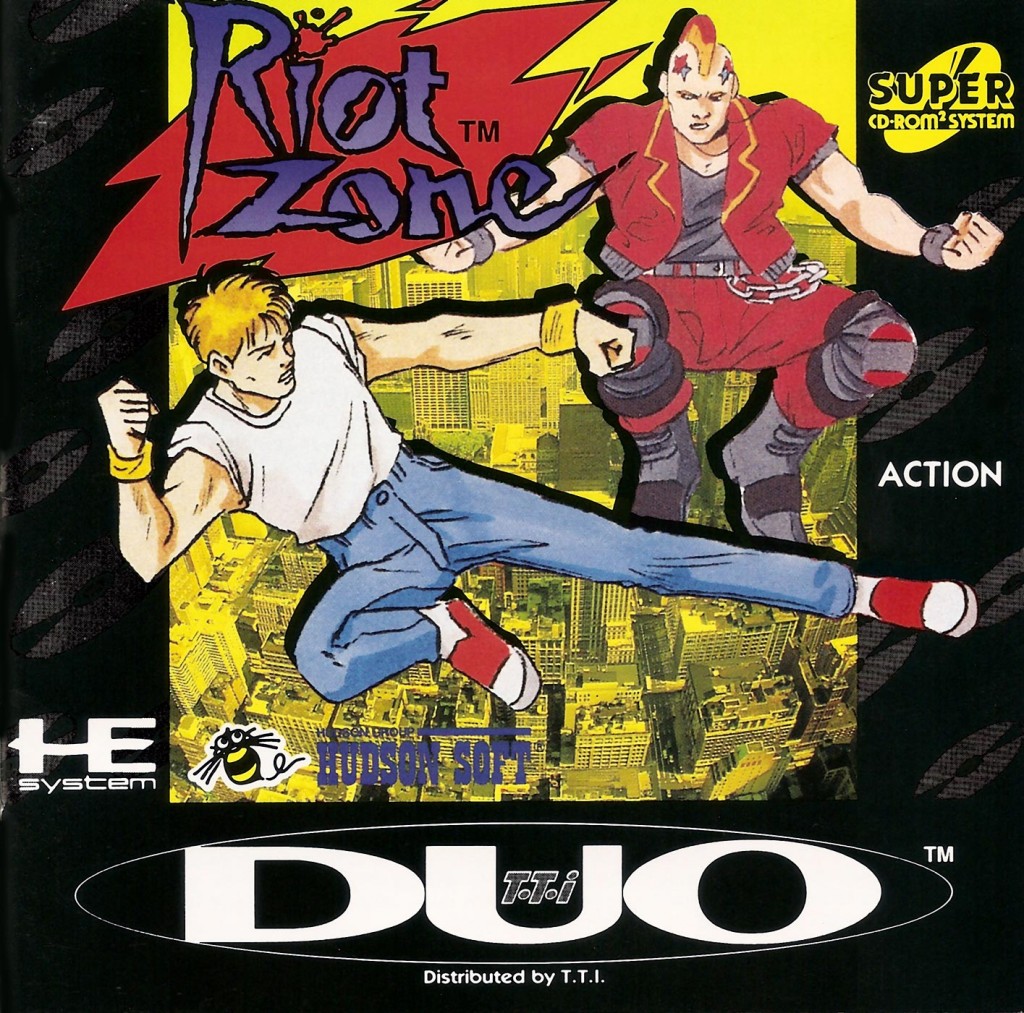 You might have heard of a game called Riot City, but because of Sega’s rights to the main characters and bosses, Westone and Hudson Soft had to do some creative reconfiguring and came up with Riot Zone. Riot Zone was released in 1992 for the TurboGrafx-CD and featured two characters out to stop an evil crime boss who kidnapped a girl name Candy.

Does this sound familiar or even kind of standard for side scrolling beat em up games? Well, that is because this is pretty standard. The game plays a lot like Final Fight and toss in some Double Dragon just because we can. The gameplay is simple, you walk from left to right fighting enemies that can appear from both sides of the screen. Like Final Fight, you face a boss at the end and move on until the final boss. Unlike Final Fight, there are no weapons, only items for health and points.

Check out the video review for Riot Zone.