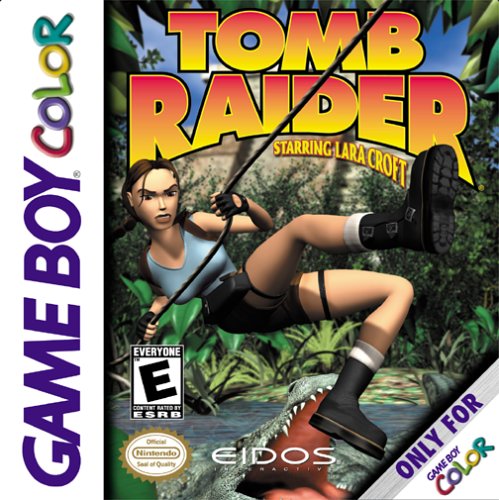 I recall the two Tomb Raider games on GBC getting a good reception by most game critics – I think the original even got 100% from one magazine, incredulously.

I never picked one up though, until now. And I can kind of see the appeal, even if age has tarnished its best feature.

This is the second entry in the GBC Tomb Raider series, and it starts off in a fairly low budget fashion.

The opening cutscenes are all blurry still images, with some dodgy music in the background. After a few though, it’s straight into the game. 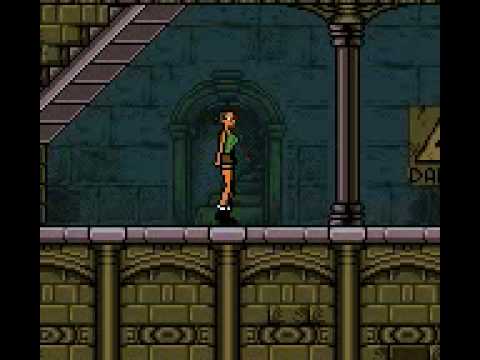 You play as Lara Croft (i’m sure you knew that) and have been attacked in a friend’s museum and seen a rare artefact (I think it was a sword – the title would suggest so anyway), and have to get it back.

Irritatingly, you start off with no weapons, meaning you can be blocked off by bad guys who just stand in your way ominously, and hit you if you get too close. Those guys are real lazy – you can be jumping around, collecting keys, and they just don’t even move. 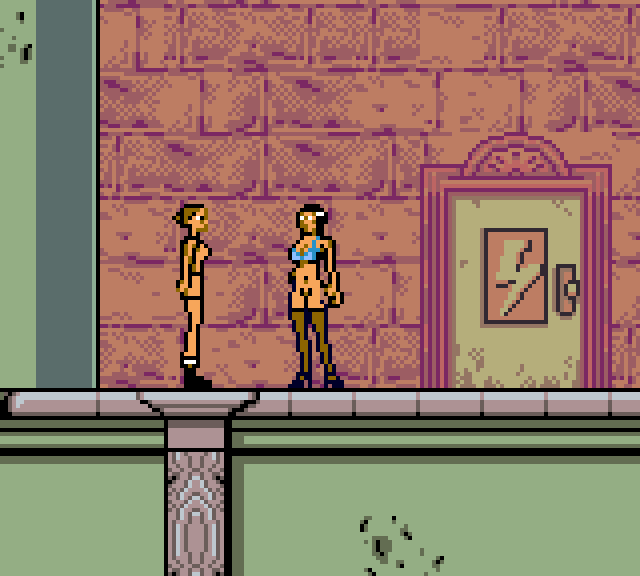 So to start with, you’re merely climbing around, trying to find a way through the museum.

Instantly, you can tell a lot of effort has gone into the animation of Lara. For a GBC game the running, climbing and jumping is very fluid and quite impressive. 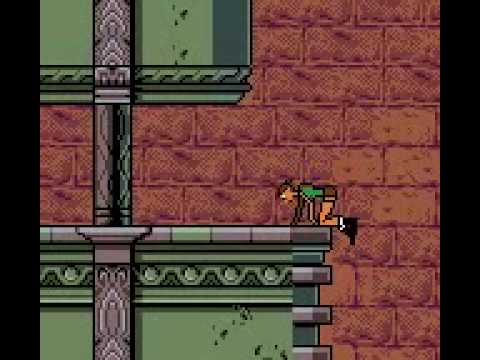 It’s a game that has a similar style to Flashback and Prince of Persia though, in that your control of your character is very rigid. You can only move in set distances, and have to line up vertical jumps perfectly in order to get anywhere.

I personally find this style of game restrictive and not much fun, but I suppose it works for more considered platformers such as this. 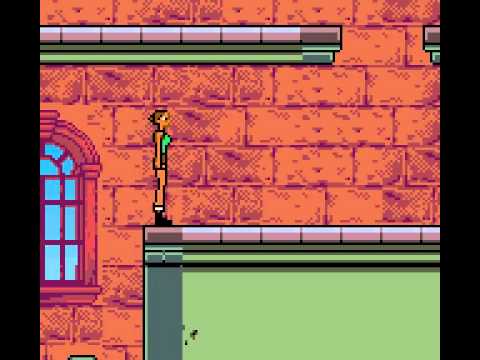 Eventually, after jumping and climbing your way through a few rooms you’ll get a gun. It won’t surprise you to find that using it is incredibly clunky, and firefights usually involve both sides taking unhealthy chunks of damage.

Fortunately health packs are everywhere, even though you do have to lean down to pick them up for some reason. You don’t even use them when you pick them up either – they’re stored on an inventory screen – so why you have to use a button to pick them up is rather odd. 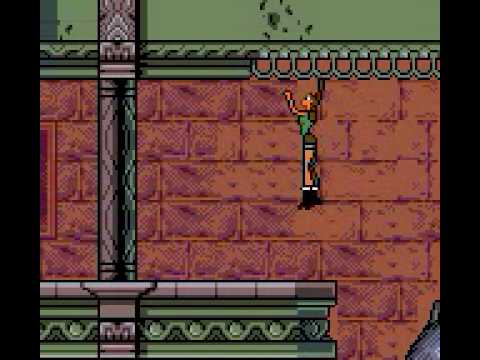 Save points, which are indicated by little diamonds, are also fairly frequent, meaning the game doesn’t get too frustrating.

Generally then, Curse of the Sword is a solid game, but hardly an incredible one. Many of its deficiencies are masked by the rather top notch graphics, but with age that advantage has faded. Worth a low priced punt, but not much else.