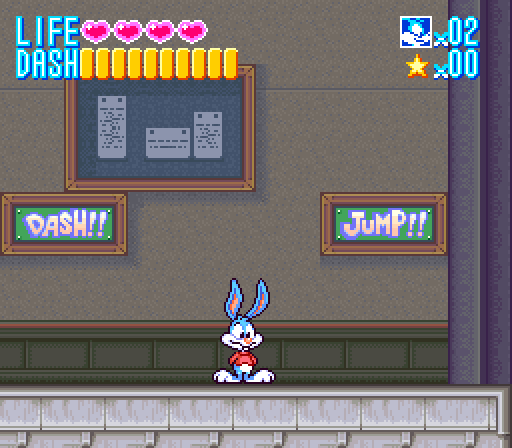 This game took everything that the previous games did well and took it to another level. An amazing game and a true pick of the week is Tiny Toons -Buster Busts Loose-. The game is mainly a series of shows that you play through as an actor. You will find yourself in different levels such as the Acme Academy or a haunted house. The gameplay is quite entertaining as you can make Buster run by pressing the L or R buttons on your controller. Be careful when using this technique as if you do it in the wrong place, the consequences will be deadly!

The graphics of the game are quite good. They match scenes from the cartoon and are well made. Konami made sure you were playing a Tiny Toons atmosphere kind of game. All the characters look how they are supposed to look and the scenes are a joy to watch. With such a colorful and vivid game, there is nothing to hate about it. The sound is another winner as you will be familiarized with tunes related to the cartoon. Not only that but some remixes of them are quite inspiring and brings you to the moment of the game you are actually playing. There is no way you should play this game on mute! Just sit back and enjoy the tunes! 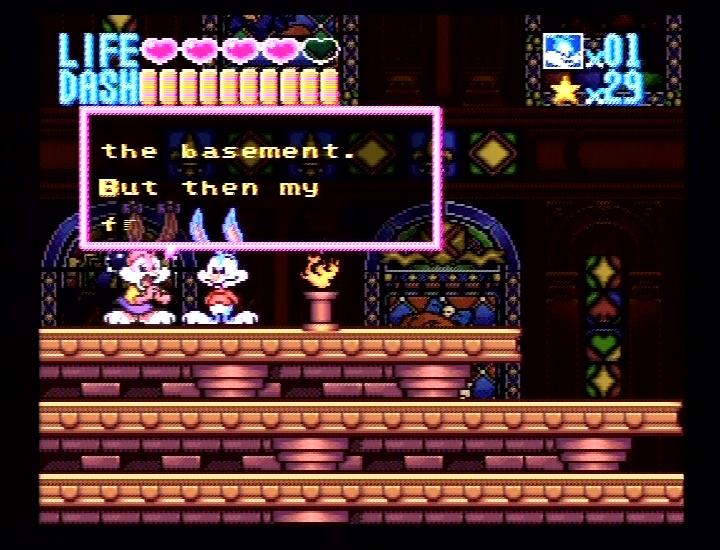 The game showcases the usual Konami bad ass options as you’ll only get the true ending by beating the game in hard. Konami used to do this to all of their hit games back in the day to make sure you lived up to their expectations. This game can be quite tough especially in stage five but you’ll be able to go through with enough practice and patience. After all, it’s just another one of those fun games that can stay quite fun even at its hardest moments.