Chris Cao, game director for DC Universe Online takes us through some of the endgame content in the superhero MMO. Starting off we have an attack on Arkham Asylum which is a raid zone where you group up with many other heroes against Mr. Freeze and his creations as he tries to destroy all the boilers in Arkham in order to freeze the entire place.

The end game starts when you reach max level and in DCUO that level is currently 30. Throughout the game you have alerts given to you by members of the Justice League or Legion of Doom (Secret Society) these alerts can be accessed via your user interface and you can select the alerts which puts you in a queue to join with other players. It works similar to the dungeon finder system in world of Warcraft.

As you level you gain access to more alerts and they don’t stop at level 30. Ace Chemicals has been taken over by T.O. Morrow who you fight against while you are leveling. You discover that he has taken the Joker’s toxin and used it to power tons of robots inside of the plant.

Another raid zone is Kahndaq, a land ruled by magic so it is no wonder that Black Adam would use its power to try to resurrect his wife. Unfortunately, he screwed it up and now the waters of Kahndaq turn the dead into the undead. In the end, you will not only have to go up against Faust but a super energized Black Adam as well.

The last raid zone in the video is the Batcave. Brainiac is trying to take over all the technology in the Batcave so you can guess what that means for earth considering it is mostly his tech that the Justice League uses. Heroes will have to fight all the way through the Batcave to Brainiac himself for the final showdown.

So there you have it, there  will be much more to do once you reach level 30 in DCUO and I am sure there is much more coming down the pipe and as soon as we hear about it so will you. 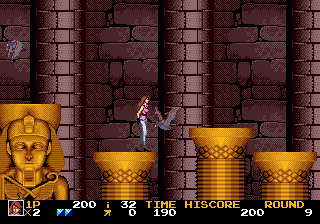