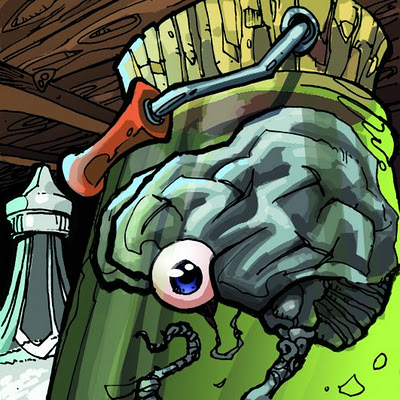 1. Let’s start with something personal, shall we? Nice. How did you get into game design?

The same way that artists get into art: it’s something that I must do.I can’t help but tinker with any game I have, while, at the same time, trying to figure out the reasons that the designer or publisher came up with the final rules as they are.

After some experimenting, I began to realize that there is nothing holy in the end results of a game. Often as not, they are just that way because the designer or publisher had to choose something. Often, it was the first number they came up with, or whatever matched the type of game that they liked to play.

Since different people like different things, it seems obvious to me that games should be played differently by different people. There is no “right” way to play the game, despite what the rules say. There are better and worse rule sets, but even then, if people like playing the worse one, why stop them?

After tinkering with other games, the next natural step was to take different game ideas and try putting them together into new games.

2. Is it only board games you’re interested in designing or are you looking to expand into video gaming and/or RPG territory?

Definitely not video games; they’re not my thing, even though I’ve programmed for many years.RPGs: if someone wants to hire me, I’d take a stab at it. Naturally, whenever I play RPGs, I’m always making up new classes, weapons, spells, and so on.

3. Care to mention some of your favorite games?

I interpret the word “game” fairly liberally. Not only does it include different game genres, but it would have to include different ways to play the games that I have.For computer games, I’ll play board and card games or rogue-like games. In board and card gaming, Go, Bridge, Scrabble, Anagrams, Puerto Rico, El Grande, and a few other top Euro-games. For Puerto Rico, my favorite is playing with random buildings from the sets I created. For CCGs, it’s drafting cards, and building decks on the fly.

I also love Frisbee and Soccer. I like word based party games. I like dice-light role-play and biblio-drama. And I like inventing games, as a game. 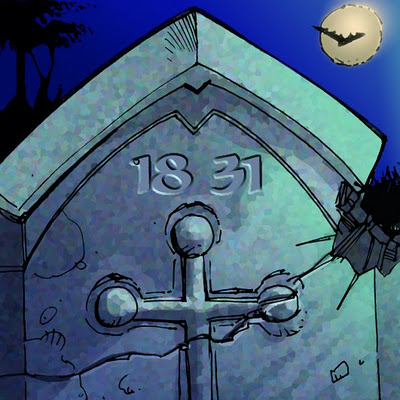 4. So on to your brand new It’s Alive! board game. It’s your second one right? Care to describe it a bit?

It’s actually a re-theme and slight tweak of the first one. The new theme replaces the Menorah theme which appealed to Jews and probably some religious Christians.It’s gone through several other themes as well.

5. A set-collection and board game it is, then. How do those game mechanics work?

It’s a simple set-collection, auction game, where you have to collect eight different items in order to complete the set. Each round, you either buy the item for its value, toss it out for half its value, or auction it off.That’s the heart of the game. In most games, you likely have to do all three in some combination. And the game is naturally balanced so that almost every game is fairly close.

The simplicity and auction ideas are fairly reminiscent of Knizia’s design style, I believe.

6. Regarding the weird an wacky game setting/plot. Did you decide on it? Could you briefly describe it?

The new theme is entirely Jack’s idea. I merely gave my approval. I think it’s a good theme for the market he’s aiming at.It’s about a mad scientist trying to collect enough body parts to build a monster. Sometimes you find whole coffins, and sometimes the rampaging villagers try to burn you down. The truth is, I think Jack chose the theme because, when you have your entire body, you get to yell “It’s Alive!”

The game won’t be able to sit on the same shelf as games like Rummikub and Canasta, and I know that some little old ladies would buy the game if it did. But that’s not the first market Jack’s looking to approach.

7. Still, should be fine for kids. What’s the target group of It’s Alive?

8. Are you happy with the final product and Reiver Games? Why did you decide to go for a limited 300 copies only release?

I haven’t seen it yet, and, in fact, it’s not actually ready yet. The 300 copies is, again, Jack’s way of operating. He hand cuts and assembles each game by himself.

9. Anything planned for the future? Should we be looking forward to more designed by Yehuda games?

Absolutely. I always have a few game ideas buzzing around. Every once in a while I’ll make up a prototype and bring it to my game group. If it’s good, I’ll move forward with it.

10. Improvise, please. Is there anything you ‘d like t add. Something related to your blog perhaps?

Game design is just another art, like writing, poetry, and creating literature parodies of famous poems and legal codes. It’s what keeps me going.

Thanks for taking the time, best of luck with It’s Alive!

Kondtantinos or Gnome is a classic and indie gaming writer. You can see his wonderful blog by following this link – Gnomes Lair.