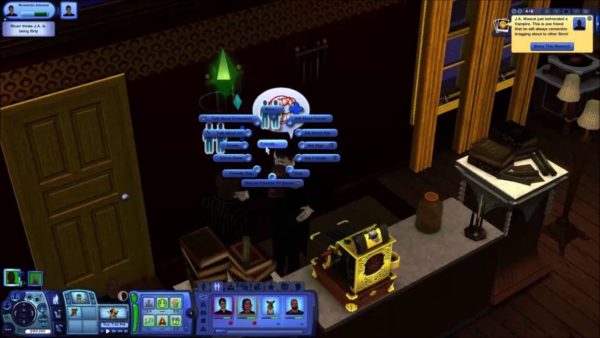 I never read the Twilight books or watched the movies but I assume they went something like this. On part two of Liz and J.A.’s date, Liz’s hygiene isn’t getting any better perhaps that is why J.A. desperately wishes to become a vampire, however, when he finds out what it takes to become one he will wish he hadn’t. After the ordeal a mysterious cat appears which J.A. recruits into a feline version of the black lives matter movement.

END_OF_DOCUMENT_TOKEN_TO_BE_REPLACED 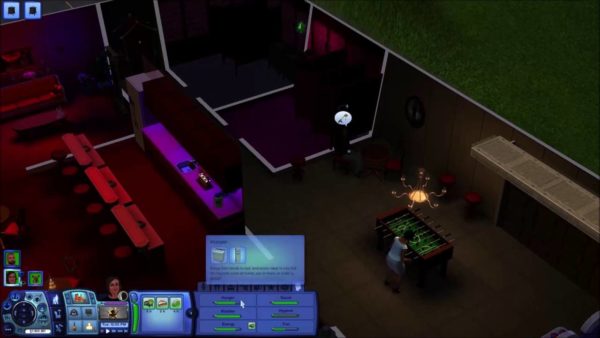 With the boyfriend out of the house on the first day of his new job, couch potato millionaire, Liz decides it’s the perfect time to call up her FWB J.A. for a 9am date.

END_OF_DOCUMENT_TOKEN_TO_BE_REPLACED 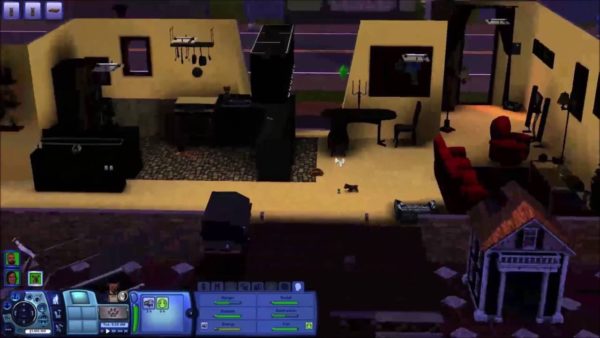 In our last episode our couch potato millionaires found a job. Now before heading off too sleep they decide to play with their loving dog. Unfortunately, they have what was at first a sweet playful guest, a cute puppy, but now it just won’t leave.

END_OF_DOCUMENT_TOKEN_TO_BE_REPLACED

In episode one in the Vicariously household the self proclaimed couch potatoes decide that their luxurious home and millions of dollars is all well and good, but at least one of them needs to find a job. Strangely enough we find in the world of the Sims certain job professions just don’t match up to the real world.

END_OF_DOCUMENT_TOKEN_TO_BE_REPLACED

It might have inspired The Sims and that happily forgotten Tamagotchi craze, but David Crane’s Little Computer People was far from a commercial success back in 1985. Surely the atrocious cover art couldn’t have helped much… The game itself though remains fresh, unique, innovative, pretty brilliant and beautiful in a way only those chunky Commodore 64 games can be. And did you know that its complete title is Little Computer People Discovery Kit and that it was also known as a House-on-a-Disk? Oh, I see…

END_OF_DOCUMENT_TOKEN_TO_BE_REPLACED

Game play of Empire Deluxe is very familiar, as it should be considering it is the great-grandaddy of the entire RTS genre. Each player starts with one city, and needs to develop his military strength to conquer the surrounding territory. Military units are varied, and include infantry, armor, transports, destroyers, cruisers, submarines, battleships, aircraft carriers, fighters, and bombers. Targets have differing defensive and offensive values, and not every city is easily conquered. (In fact, conquering cities lowers their production capacity, and if a city changes hands often, it becomes almost useless as a source of production.)

END_OF_DOCUMENT_TOKEN_TO_BE_REPLACED

In SimCity, players had to construct an entire metropolis starting from nothing but a bulldozer and random terrain. Along the way to full city status sims begin to populate your city and make demands. They may need more housing or shopping centers; perhaps crime is rampant and a police station is needed; maybe frequent brown outs are creating a demand for a new power station; perhaps your sims are bored and want a stadium…and so on. Meanwhile, the city needed just the right level of taxes to encourage growth, yet still pay for all those fire and police stations.

END_OF_DOCUMENT_TOKEN_TO_BE_REPLACED

Do you really want to see a new achievement every time your girl finds a lost black sheep? If you are one of those guys stupid enough to share your Facebook account with your girl you are gonna look like a complete and total loser. Also, think of all the real chores she could be doing around the house instead of on a virtual farm and finally, 7 out of 10 Farmville players can barely cook in real life, down home indeed!

END_OF_DOCUMENT_TOKEN_TO_BE_REPLACED

I’ve always been into simulation games for a while now and it keeps me pretty busy. The Sims 1 for PS2 was really the first game that started my gaming habits. I had an original PS2, the “fatty” of them all. I think I actually got it right on release, not sure. I’m sure you can consider The Sims as a classic, right? At times it can be frustrating, and I still remember you didn’t have the ability to create multiple floors which was a draw back. Now today, The Sims series is huge like really huge. You can build like four floors today, that’s just completly insane. With all the add-ons today their is no limits with The Sims. That’s why I keep coming back to it now and then. I’ve had my fair share of house building with The Sims 3, so many tools, so little time!

END_OF_DOCUMENT_TOKEN_TO_BE_REPLACED

My list of good PC game release picks for October 2010.