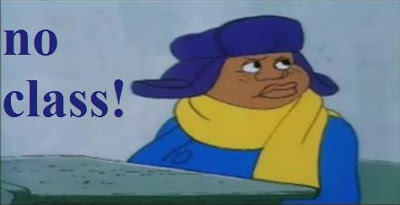 J.A. talks about the lady in League of Legends who was totally down with a three-way with him and his girlfriend sight unseen because “Love don’t got no eyes.”
We also learn that you can find real legitimate gameplay video on sexy sites which not only confused J.A. but wait till you hear why he was on those sexy sites to begin with.
Now the show isn’t complete without “normal” gaming news so the guys talked about Blizzards meeting with Nostalrius the group behind the WOW legacy servers.

END_OF_DOCUMENT_TOKEN_TO_BE_REPLACED

“We are bidding farewell to some talented, passionate and exceptionally hard-working people who helped make SWTOR a reality,” said Bioware co-founder, Greg Zeschuk. “We still have a very substantial development team working on supporting and growing the game, and we feel we are in a strong position, with your continued involvement and feedback, to continue to build Star Wars: The Old Republic as one of the most compelling and successful online experiences in the world today.”

END_OF_DOCUMENT_TOKEN_TO_BE_REPLACED

How important is it to curse in a game to you? Could you still play the game that constantly censored your vulgarity? Is it just a peeve or is it in some ways so important that not having it added in a game is criminal? Do you think of it as an essential part of a game such as being able to send whispers or jump? I’d like to hear from you on this.

END_OF_DOCUMENT_TOKEN_TO_BE_REPLACED

If you purchased a 3, 6 or 12 month game pass from us between May 14, 2011 at 12:00 AM PST and June 27, 2011 at 11:59 PST, we have credited you with additional game time per the table below. This credited game time has been added to the end of your current game time. The new rate for your recurring plan will take effect after your credited time ends.

END_OF_DOCUMENT_TOKEN_TO_BE_REPLACED

I am writing this in hopes that SOE sees this and takes the time to actually start some sort of plan to save their latest MMO DC Universe Online. I am not calling in the apocalypse of this game but I am simply stating that right now it has been poisoned by bugs. I have played many MMORPGs and since World of Warcraft’s release there haven’t been many AAA MMO launches. Many games falter in their idea to cash in on the WoW craze and create clones and other games try mechanics that just seem to fall flat because they failed to fix game breaking bugs before release. I don’t have much faith in many of the MMO’s coming out in 2011 but I did feel and still do feel that DCUO was going to be the one to stand with the greatest potential.

The end game starts when you reach max level and in DCUO that level is currently 30. Throughout the game you have alerts given to you by members of the Justice League or Legion of Doom (Secret Society) these alerts can be accessed via your user interface and you can select the alerts which puts you in a queue to join with other players.

END_OF_DOCUMENT_TOKEN_TO_BE_REPLACED

So much of my time has been spent playing my Superman hating hero, Lineage in DC Universe online, but I

One of the most anticipated MMO’s DC Online universe allows you to create your own hero and fight alongside DC’s greatest heroes against its strongest villians.

END_OF_DOCUMENT_TOKEN_TO_BE_REPLACED

Todays Picture of the Day comes from the highly antispasmodic MMO DC Online universe. I have been watching this game developed for a long time now and when I got a chance to try it hands on at E3 I knew it would be a winner for me.

END_OF_DOCUMENT_TOKEN_TO_BE_REPLACED

Our first picture of the day comes from DC Online Universe. Anyone excited about DCOU can’t wait to fight alongside the greats like Superman and Batman, but let us not forget their devastating débutante Powergirl! For those that don’t know Kara Starr aka Power Girl is the alternate universe cousin of Superman. Power Girl possesses superhuman strength and speed, as well as the powers of flight and invulnerability. However, what most people (boys) love the most are her other assets. Let’s face it, she’s hot, she’s powerful and she’s super, what else could anyone ever want.