Later on, the option to turn off the profanity filter was added and never again did I see anyone mention anything about feeling bogged down but neither did I see anyone thanking the Dev Gods that they could finally do so. ~Umar Khan

How Important Is Cursing In A Game To You?

Two days ago, I put up an article about reporting people online for cursing and violating the EULA that they agreed to in order to play online games. The responses to the post were expected. “Fuck you, dick butt!”, “Die of AIDS!”, and “You are a worthless piece of shit!” were the kind of retorts that were anticipated especially with the holier-than-thou attitude the piece was written in. 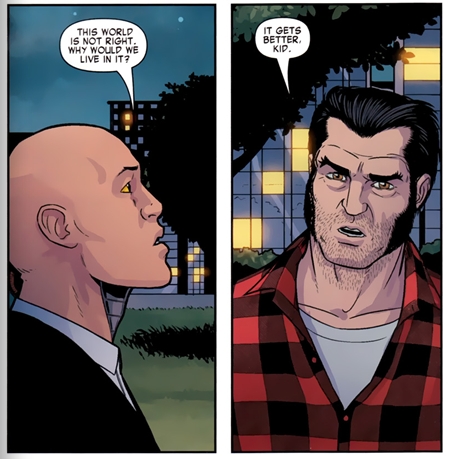 However, there were a couple of users that responded with something along the lines of “Not being able to say what we want online is wrong.” This got me wondering just how wrong is it? How important is it to be able to call someone a fag online? I’m sure it isn’t a game breaker for many people but for some it may be a peeve. It could be categorized under the same kind of irks as not being able to jump in a game.

In DCUO, when it initially launched there were no means to turn off the profanity filter. It would simply censor anything deemed vulgar or out of place. There was a very vocal amount of players who would comment and complain about the inability to voice themselves in a colorful language. Later on, the option to turn off the profanity filter was added and never again did I see anyone mention anything about feeling bogged down but neither did I see anyone thanking the Dev Gods that they could finally do so. It was such a miniscule addition that it sated the vocal but it wasn’t enough for them to say “Awesome. I can curse now.” unlike other changes in a game that define the content and gameplay such as crafting, dual speccing, etc.

So I ask, how important is it to curse in a game to you? Could you still play the game that constantly censored your vulgarity? Is it just a peeve or is it in some ways so important that not having it added in a game is criminal? Do you think of it as an essential part of a game such as being able to send whispers or jump? I’d like to hear from you on this.

Umar is a true gamer and computer wizard. During his time at Alienware, he connected with Obsolete Gamer CEO, Ignacio and COO, J.A. Laraque and created one of the original writing teams that would go on to create Obsolete Gamer. Always willing to speak his mind even when others hate him for it, Umar always entertains as well as informs.