Reviewers did have some minor complaints with “the spring suit”, a power-up which at times proves difficult to control and the occasional niggle with the auto-camera. ~The Elderly Gamer

We’re going back, back in time, back to November 12th 2007 and the release of
the game that saw the Nintendo hero take the ultimate step … out into space.
Now available for your Wii at a bargain bin near you. 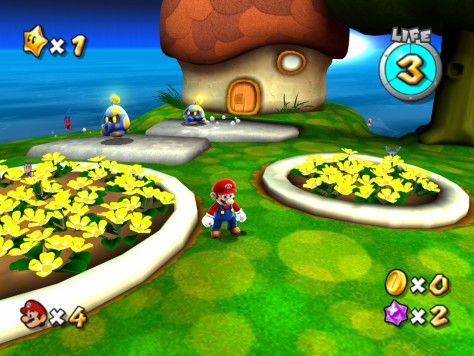 The game follows
the protagonist, Mario, on a quest to rescue Princess Peach from the principal
baddy “Bowser”. Levels are galaxies filled with minor planets and worlds, while
gameplay is updated with gravity effects and power-ups. The game also features a
co-operative two-player option called “Co-Star Mode”. 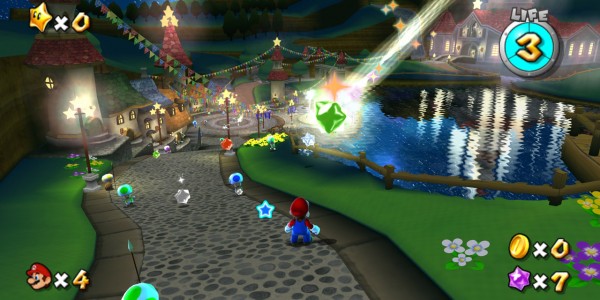 The 9th best
selling Wii game to date, with 8.84 million copies sold as of May 2010.  At the
time the game was hailed by several gaming websites as one of the best video
games of all time even managing to pick up it’s very own BAFTA. 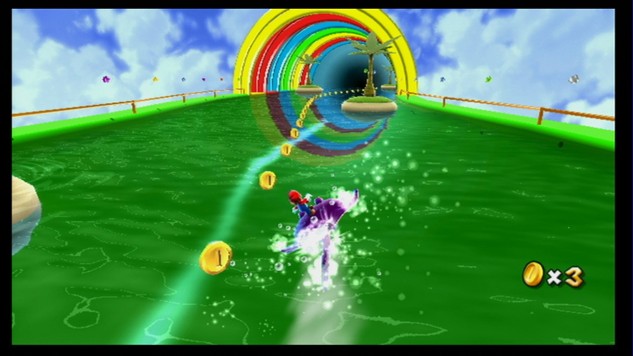 The
game’s soundtrack won numerous critic awards, which belies the story behind
the composition of the astonishing 81 tracks featured on the Platinum Edition
CD. 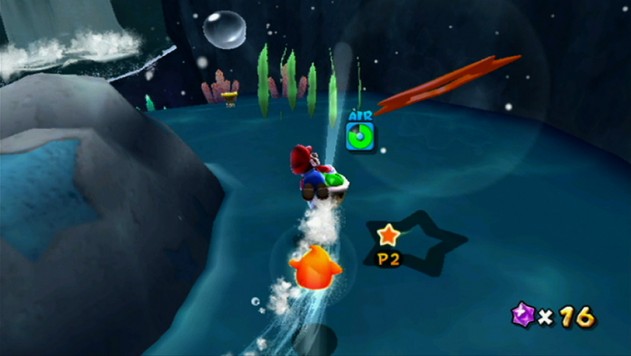 Reviewers did have some minor complaints with “the spring suit”, a
power-up which at times proves difficult to control and the occasional niggle
with the auto-camera. 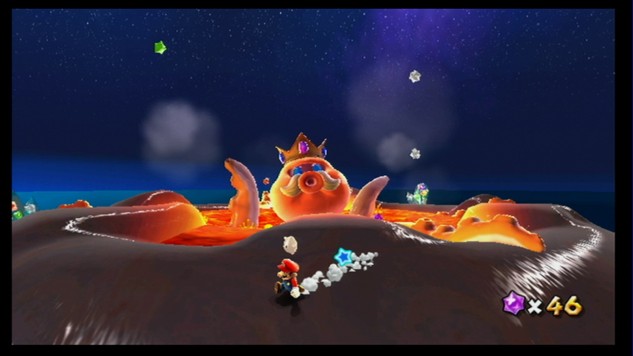 A sequel Super Mario Galaxy 2 was released on May
23, 2010, many reviewers claiming that it is even better than its
predecessor.

The game Scored a staggering  97% averaged from 73 critic scores on
Metacritic.com. 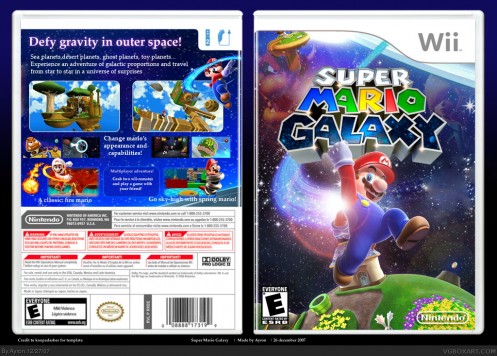 Quotes of the Review
bunch
“It will frequently hug your inner child,
evoke tears of joy and tug at the heart.”
NTSC-uk

“an astoundingly brilliant
game. It’s filled with wild new ideas (that work), is huge, looks brilliant and
should be taught at game design courses.” Gnomes Lair

It is as if the boundaries of the genre have become
transparent, allowing a unique light to shine
forth.
A bravura piece of design that pulls off stunts no
one else has even thought of.
May feel a little too easy
for most gamers
Nintendo can still make something old feel
new again
Generates a consistent level of excitement that
few games can replicate.
Gameplay, visuals, sound,
presentation and overall value and fun are off the
charts
Not as technologically pioneering as its
grandfather
Level for level, more fun to play than “Mario
64.”
The only word to describe fighting Bowser with an
orchestral score in the background is “badass.”
After 25
years he’s still fat, still round, and still bouncing on the ground. And still
the greatest.

The Elderly Gamer brings you awesome reviews, previews and more. Console Gaming for the elderly. Check out his work on - http://xboxmeagain.blogspot.com/ 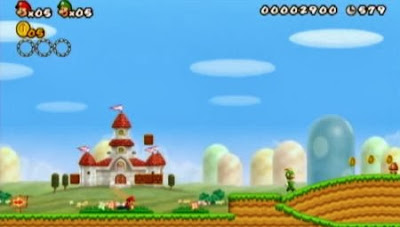