Red Dead Redemption is a game that really is unparalleled when held up to any other current title. It is more vibrant and alive than any game, including GTA IV. ~Geoff Calver

Red Dead Redemption begins, appropriately enough, in the small city of Blackwater, a town at the edge of the wild west. As John Marston, the hero of the game, gets off a boat with two federal agents, a car is lifted by a crane from the ship onto a dock. A newspaper boy calls out headlines and a train waits at the station, ready to carry passengers into the wilderness beyond.

This opening scene segues into a train ride. As Marston looks out the window, we, the gamer, see plains turn into desert plateaus. As the sun sets, John Marston listens to ladies describe the savages who live in the west and a preacher explains to a young woman that only through an acceptance of God into their lives can people reach heaven. 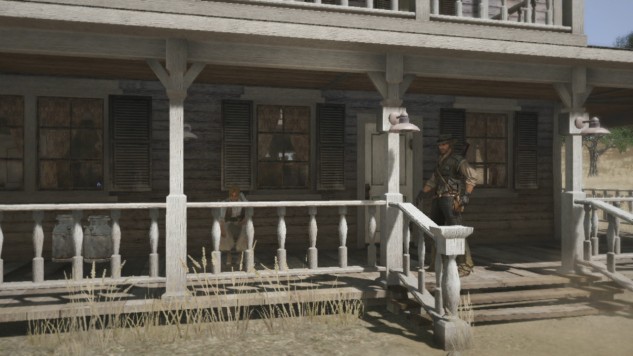 These opening scenes set the tone for the game. The car arriving represents the onward thrust of modernity into a west that, in 1911, was still very wild. The land of Red Dead Redemption is one of liars, thieves and murderers. But it is not a soulless world, and that is something that lends the game a stark beauty. Amidst the gorgeous yet savage setting, there are people with good hearts who need saving but who also, frequently, offer help to Marston. 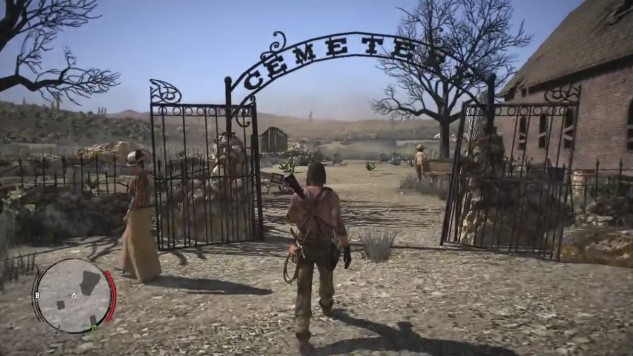 Marston is a former outlaw tasked with bringing his old comrades to justice. The newly formed Bureau in Washington, DC has taken his wife and child hostage in order to force him to help bring law back to the wild west. And in his journeys, Marston meets a huge variety of characters.

A small sampling of the characters would introduce you to a well-educated, well-grounded young woman who prefers ranching and lassoing wild horses to civilization and banking; an old woman who is waiting by a church for the man she intends to marry, unaware that he died 20 years ago, madly in love with her, and is buried in a cemetery nearby; an enterprising swindler with a flair for histrionics and musician who sleeps with whores and who implores with you to convince his wife to stay with him. Some of the characters are downright evil and some who appear evil at first are shown to have a soul after all. And that isn’t a coincidence, as Marston himself is a reformed outlaw, forced back into a life he wanted to leave behind. 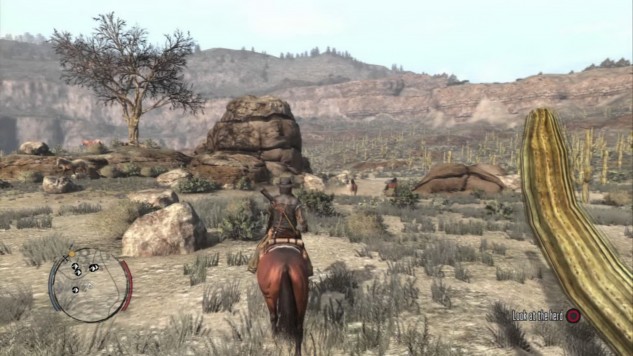 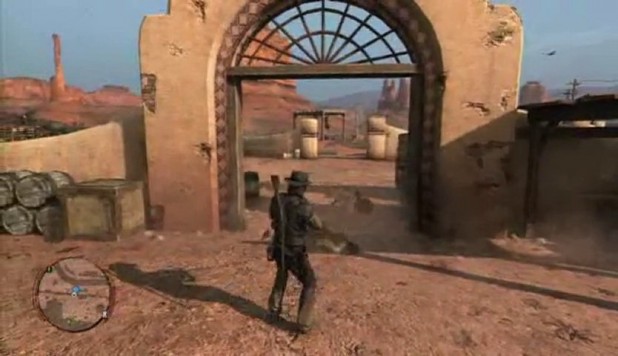 Red Dead Redemption’s most prominent feature is simply it’s landscape. Spread over a huge area, Red Dead Redemption encapsulates the American west. Great plains give way to huge, snowcapped peaks which transition to wetlands, mesas, deserts and canyons. There are hidden treasures in the landscape. Caves, waterfalls, lakes and small chapels nestled in the hills. Striking through the middle of the game world is a large river which separates the United States from Mexico, which is equally gorgeous with its scorching, hot days and star-filled nights. 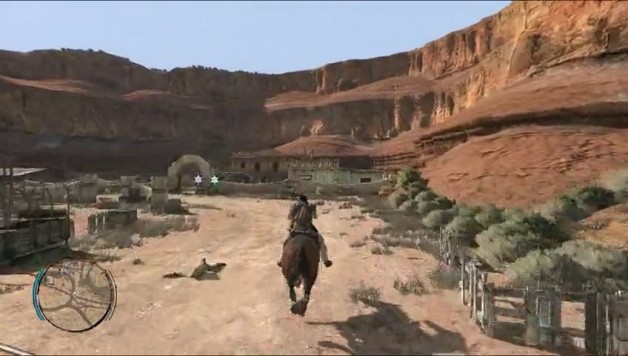 This is a believable world. Animals chase each other through the wilderness, lightning flashes in the distance as a storm approaches. The light of late afternoon is harsher than the light of early morning. Characters request your assistance on the side of the road; some with intentions, some with bad. Travelers halt their horses to relieve themselves in the woods before continuing on their journeys and every once in a while the sounds of a shootout carry on the wind.

Red Dead Redemption is a game that really is unparalleled when held up to any other current title. It is more vibrant and alive than any game, including GTA IV. It’s landscape is diverse, huge, and jaw-droppingly gorgeous. It’s analysis of the retreat of the wilderness is simple and elegant. It’s characters are more alive than any that have come before them, and the sheer amount of things to do in the world of Red Dead Redemption is nearly endless.

Red Dead Redemption is a game that I heartily recommend to everyone. It is a Rockstar Game, so it isn’t intended for youngsters with its violence, seedy characters and stark portrayals of life in the west, but it is an essential game in that it truly represents a step from interactive medium to an emotional, involving, beautifully created experience that truly blends the line between cinema, game, and art.