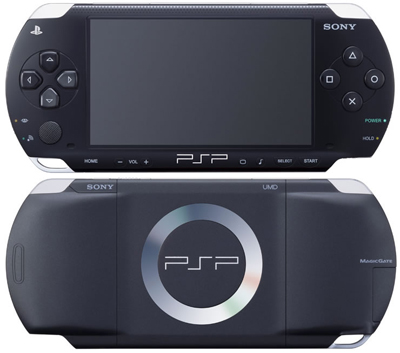 Sony had the chance to shake up the portable console market and to maintain its grip on gaming. Somewhere along the line things went wrong after such initial promise. The latest iteration, the PSP Go, has boosted sales but does it have a long-term future?

When Sony announced a portable Playstation the specs were interesting, promising PS2-quality games in the palm of your hand, wireless multiplayer and much more on a clear, wide screen. Many experts did see a potential flaw in the plan, Sony’s new UMD format. The much-maligned optical disk brought technical problems and slow access, and the film companies did not fall in line to support it.

Sony also fought a running battle with the hackers and the homebrew specialists. The processing power gave the chance for great emulation, and the use of memory sticks opened the door to illegal downloads. Firmware updates were met with fast responses from the hackers, the process aided by replacement batteries and other hardware hacks.

Giving the console a make-over quickly proved both a good idea and a drawback for Sony. The PSP Slim models (the 2000 and 3000) both gave a brief increase in sales but made very little real change to the hardware. Sales of games slowed whatever the model, with many stores discounting them and UMD movies soon after release.

More problems hit Sony as its marketing plans backfired. Graffiti ads in America caused controversy, ads for the white PSP were considered racist and the “All I Want for Christmas is a PSP” campaign was embarrassing. The ad company started blogs and put up supposedly amateur videos of kids who wanted the machine for Christmas – only for the gaming community to pour scorn on the whole thing.

One of the biggest problems for Sony was tailoring games to the handheld console. Too often developers tried to shoe-horn a large game more suited to playing at home into a UMD. Gems such as Loco Roco and Patapon were hard to find among the predictable movie licenses and multi-format failures. The Monster Hunter series did wonders in Japan but was slow to propagate worldwide. Gamers bemoaned the lack of a second analogue stick, but did appreciate the ability to download old PS1 games.

The PSP Go was a badly guarded secret that was finally given substance at E3 in 2009. Gone was the UMD drive and in came a new wave of games. The likes of Rock Band Unplugged and LittleBigPlanet showed some ambition. There was still no second stick, the screen was smaller and the sliding mechanism (to hide the controls) seemed like a gimmick too far. Another nail in the coffin came from retailers who refused to stock it due to the lack of additional game sales – since all the games have to be downloaded from the PSN. Room (the PSP equivalent of Home) may just be another bad move. Will existing owners upgrade? Sony threw another spanner in the works by announcing plans for users to trade in UMDs, only to cancel the idea and generate a lot more bad press.

So does the PSP have a future? It will be up to gamers to provide it, but Sony needs to look carefully at its strategy.