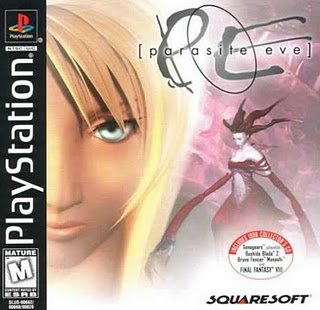 Parasite Eve showed that Squaresoft were more than capable of making action RPGs with brand new elements and intriguing story lines. The games cut scenes are outrageous, for instance the part where the rat turns into a freak monster just blew me away! It still did when I finally got to see it again. The gameplay and storyline does evolve as you get through the game like others which will keep you coming back for more. 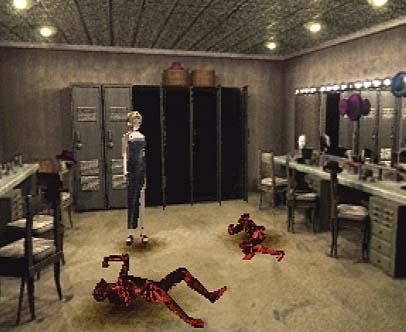 The sound track for this game is also very nicely done. As this is a game that takes place in more of our time than in the past(Final Fantasy 3) or the future(Final Fantasy 7) the game is just very enjoyable. The battle scenes are well made and gives you a chance to come up with your own strategy. Enemies will have hit patterns where they will hit you while you are moving but you will need to tap the pad in order to avoid these attacks. In other words, it makes you battle for your life! You also get a chance to upgrade your gun, since you being a cop and all, must have a good kick ass gun! The battle also uses a meter system where the meter has to be full in order to needs to fill up in order for you to attack.

This game is highly suggested for those of you players looking for something different but with a familiar taste at the same time. I also recommend the sequel and well I think I also heard that part 3 is finally being worked on so that’s something good to hear, although I don’t have any next gen console, I’ll probably miss out on this one. Like usual, I won’t give much details in order to keep the spoilers to a minimum because that just spoils that fun huh? Pick it up as it’s a very affordable game on ebay and well try to visit your local pawn shops or flea markets because you might just find it there.