Hi, My name is Olderrant and I live in a small village in Yorkshire, England.

I’m tired of all the do-gooders and all this Political Correctness gone mad, and I’m getting angrier as I get older.

I’m in a complete rage with this communist government. Vote them out at the earliest opportunity (before they give your vote to some lesbian Pakistani asylum seeker).

I have a view on lots of matters especially the ones that I read in the Daily Mail but don’t have any effect on me. 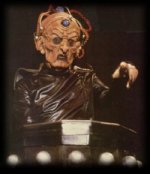 The Greatest still not dead English robot whore of all time.

The Magnificent Margaret Thatcher, the women who single handily returned this country from Communist rule by stealing the milk of Working Class Children, teenagers and the unemployed and then using them as slaves, food and for use as seating for the Middle and Upper Classes.

Margaret Thatcher was recently voted as the ‘Sexiest Lay in Politics’ she also holds the undisputed universal record for the number of dog shits deep-throated in a minute.

Deport everyone but me.

Britain could “go to the dogs” unless immediate action is taken to tackle growing ethnic segregation, the Daily Mail warned today.

Adolf Lynching, the paper’s head of racist reporting, said a “real crisis” was being caused by the increasing separation of ethnic groups and more importantly that middle-class people could actually see coloured people from their homes.

He quoted new research suggesting that a quarter of Britons want to live in an all-white area and that more than half think there is too much immigration.

Get rid of the Darkies and the Irish I say, not to mention the Scotch.

A Christian group is taking legal action against the Government, claiming that he was forced to resign from his role of placing children in care because of his religious belief that homosexuality is evil.

Andrew McLickcock says that he was told he must preside over cases that involved gay parents despite his appeal that it would contravene his deeply held conviction that homosexual people should be stoned to death.

Good Luck to you Andrew, but you are fighting Government approved buggery!

Bomb them back to the stoneage!!

Hamas’ military wing and Islamic Jihad said they were responsible.

The ceasefire came into effect at 0600 (0400 GMT) after the Palestinian Authority said groups would end attacks and Israel agreed to halt hostilities.

Is there no end to this government’s dishonesty!!! 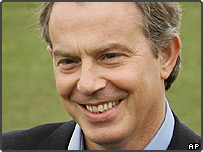 Labour is facing the prospect of an inquiry by the public spending watchdog into claims that it is siphoning millions of pounds of taxpayers’ cash to pay for terrorist training.

The Tories have written to a high-powered local government watchdog demanding an investigation following revelations that Tory voters have been forced to hand over hundreds of pounds at knife point by Margaret Beckett.

At least £200 billion-a-year is being creamed off hard working tax dodgers. The money is used to fund asylum seekers, speed cameras, terrorism, abortions and to reincarnate Lenin.

Opponents fear the scheme, which was nodded through at Labour’s annual conference, is also being used to help Osama Bin Laden pay his council tax on his apartment in London’s trendy Notting Hill.

The scandal only came to light when Margaret Beckett ordered the RAF to bomb a small village in Kent, after the residents refused to pay.

History Of The Soviet Union to Tetris Music

One thought on “Thatcher, Immigrants, Islam, and The Government”

All Our Let’s Play Videos!

Don’t forget to watch and subscribe! We make a lot of videos daily since 2009. Direct link to playlist: https://www.youtube.com/watch?v=sa8OAA7drwI&list=PLuqRuL_MxEq-I7wNdB7K-56vaeBMNA84v

Chapter 11: In the Absence of Faith