News on games and the gaming industry brought to you in anti-TLDR format for the morning of April 12, 2010.

We learned over the weekend that CODMW3 is in production which isn’t a surprise to many critics who believed that Activision would now be pushing to release new versions of their game once a year. Though Activision is not saying exactly when it will be released we can wager a guess that it will be just in time for the holidays. The question is, will people be willing to buy a COD game every year and will releasing these sequels so quickly lower the overall quality?

First Conan now Jim Fallon, GOW3 was to debut on Light Night, but it was spoiled when Microsoft confirmed the titles release for April 2011, oh well at least he still has one of the best house bands out there.

NEXUIZ TO BE POWERED BY CryENGINE 3 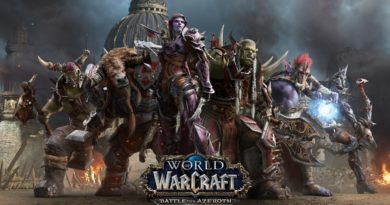