People often ask me, J.A. how can you give such excellent relationship advice and my answer is because I can see a train wreak coming from miles away. I am the guy that tells you not to go in that old house where six people died and then laugh as you are cut to pieces. I wish I could be more help, but people are stupid and they don’t listen until it is too late.

This letter comes from Max Washington from Sweetwater, Florida.

I was hooked up with a woman through a friend who was friends with this girl who he met using IMVU. Honestly, this should have raised red flags but I went with it because I was pretty stupid. Basically, she was into webcams and became really clingy before we ever met.

After texting and IM’ing and talking for a few weeks one day she tells me “I love you.” At the end of a phone call. I pretty much say thanks and go from there. Over the next few weeks, she continues to tell me she loves me and begins to tell me her back-story.

She said the following things to me:

So at this point, my head explodes so I don’t talk to her for a few days. Then I call her but her phone is disconnected. I go to her MySpace page and she wrote a post saying she lost her job, got kicked out of school and her mom kicked her out, all in the same day.

Weeks later, she messages me saying she is sorry but she still loves me. I did not answer. What do I do now?

Max you pretend you are in witness protection and forget that stupid person you once were. This issue you went through is the reason why online dating is really no different than faces to face dating except that you might have slept with her then learned she was a radioactive dump of drama and issues. Unfortunately, there are not any good ways to prevent this in the future. Often you can look for signs like crazy eyes, a lot of cats or knife scars around her wrists, but much of the damage lays deep inside where you can’t see it because it hides behind the boobs. 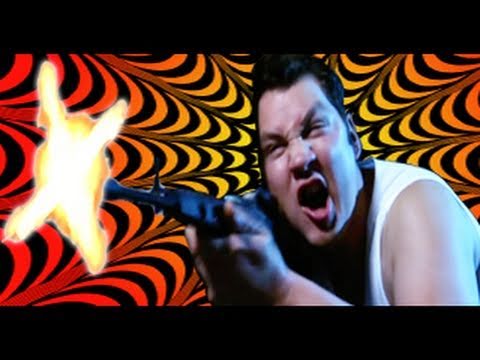 Motivational Monday: It’s in the Game