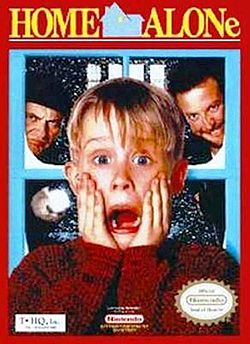 My Home Alone knowledge goes as far as being forced to watch the first movie because of a girl…..it’s always a girl. I’ve been told (thanks @CrapDracula) that the Home Alone game has completely different game play depending on which console it was purchased, which I found odd. But thankfully, the Genesis version seemed to capture the fun parts of the first movie.

You play as Kevin, the Macauley Culkin character, and you have to protect the neighborhood from the Wet Bandits, played by the Wonder Years voice-guy and Leo Getz. 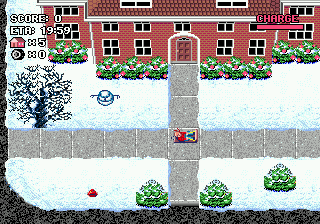 There’s some really unique game play here, which won me over right away: There’s an overview of the “neighborhood”, which consists of the 5 houses that Harry and Marv are trying to rob. The game gives you 20 minutes to slow down the Bandits before the cops arrive. You do this by staying ahead of them inside the houses. Moving around the neighborhood in a motorized sled, you enter each house to set up traps. Once you’ve entered, there’s a blueprint map where you do this; marbles, toys, oil…a number of things to slow them down, because they seem to be too stupid to look down at the floor, I suppose. Once they’re inside, you go into “attack” mode, using weapons against them. You’ll find items by running over snowmen outside or just grab something off the shelves in each house. There’s another map where you’ll put these items together, likeMacGyver. Because of the lead character being a little boy, I had plenty of enjoyment blasting these two idiots in the groin with a snowball cannon. If they catch you, you’re hung on the wall for a couple of seconds before you wiggle loose.

The characters look like the actors…very well done. The wintery setting and the story taking place over Christmas vacation makes this a fun and memorable game for that time of year. Plus, I try to remember Macauley during his “good old days” before Michael Jackson got a hold of him….I think I meant that literally. 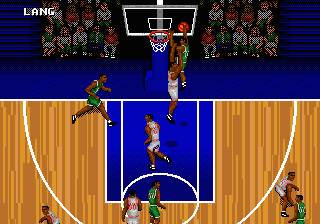 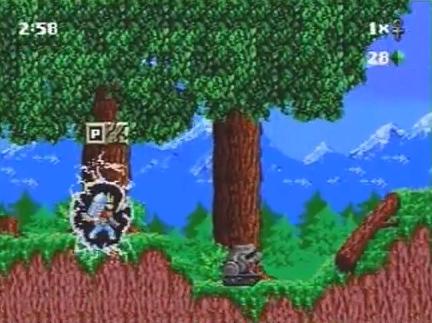