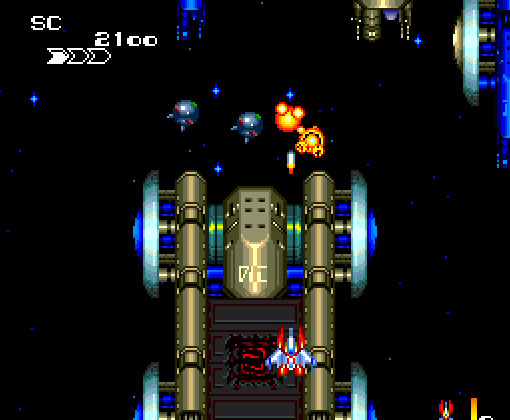 This week’s classic game review features the 1991 scrolling shooter, Final Soldier. Developed by Now Production and published by Hudson Soft this is the third game in the Star Soldier series. The game features 7 stages and two challenge modes and at the start of the game you can choose what weapon will apply to the color power-up you can use.

Here is the story: 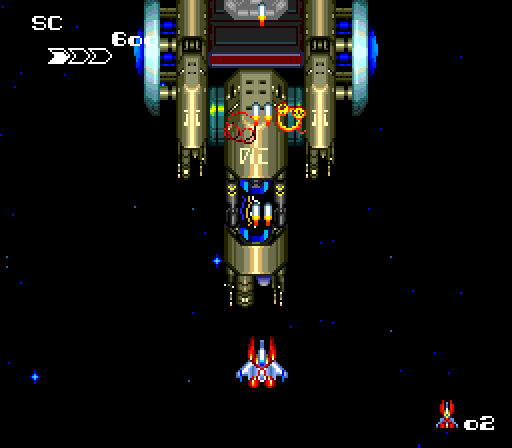 On Earth in the 23rd century, a space time warp opens up over the Atlantic Ocean. From it comes an enormous invasion force analyzed to come from the 25th century. As Earth is attacked by the alien war machines, it is revealed that the culprits are identified as the Gader’el, a race of large bio-mechanic creatures, who have the ability to freely manipulate space and time; after conquering the future Earth in the 25th century, the Gader’el decided to ensure their influence on mankind by traveling back in time to the 23rd century, conquering that time and then going further into Earth’s past.

As the armed forces of every country on Earth combats the Gader’el, each scientific academy collaborates on making a weapon capable of destroying the Gader’el’s strongest weapons. The result is the Dryad, a single-fighter spaceship capable of wielding several types of futuristic weapons. The Dryad’s flight path and mission is to warp into the Future Zone in order to reach the Gader’el headquarters and destroy their leader.