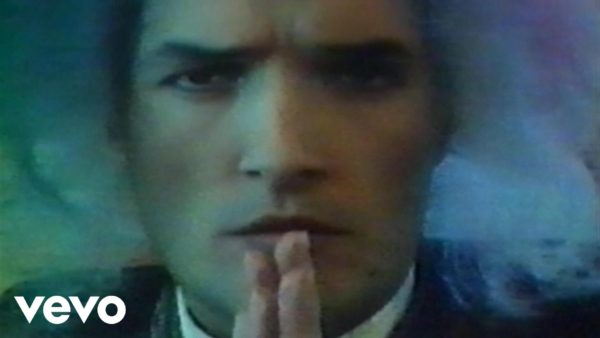 Johann (Hans) Hölzel was an Austrian rocker and rapper that had innovative and sometimes controversial music videos. He died in 1998 in a car accident but his music is timeless. Let”s have a look at his best music videos to see what I”m talking about. Falco was Charlie Sheen before Charlie Sheen invented Winning.

His most famous song ever is Rock Me Amadeus:

The song is a great 80s pop song that shows his classic style that”s a mix of rock and rap along with great synth work. It”s also a tribute to Wolfgang Amadeus Mozart. The video is insane showing people dressed up like people from the 1700s and 1800s alongside a bunch of bikers and punk rockers.

The song is such an 80s classic that even Bloodhound Gang made a song in tribute to it called Mope:

It”s not included in the video but in the album version of the song they show they”re Falco fans. Here”s the part of the lyrics that I”m talking about:

We gonna drop this next bomb for a money makin” playa that ain”t with us no mo.
Yeah, Notorious B.I.G.
Hell no, we gonna do this for a gangbanging thug that never seen it comin”.
Yeah, Tupac Shakur.
Nah bitch, I”m talkin” “bout motherfuckin” Falco and shit.
What? Falco?.

His next song that you might recognize is Der Kommissar:

I don”t know German but I think it”s a song about a drug dealer. He looks like he is rollerskating from a bunch of cop cars in the background. Cheesy but classic and the tune is so catchy too. So catchy in fact that you might know the cover instead by After The Fire, which is in English:

It”s a very similar version but I don”t think it has the charm of the original. I prefer Falco singing anyways.

The next crazy (amazing) video I can think of is The Sound of Musik:

This is a mix of the movie The Sound of Music with Mad Max and Escape from New York. If that”s not enough to blow your mind, then keep watching.

The next masterpiece we have is Wiener Blut:

This seems to me like a really nutty parody of political corruption in Austria. The imagery needs no language! We see “The Professor” gambling and making deals with mafiosos and special interest groups, we see his groupies, his bullshit PR events, etc. Oh yeah, there”s a committee of “angels” that gets splashed with blood? Weird but I guess that”s symbolism for something relevant? Or simply they were high as fuck when the director decided to put that in mobilephonescoop.com the video.

Next up we have Jeanny, probably his most controversial song and video:

This song has been said to glorify rape, kidnapping, and stalking. The song was banned in both West Germany and East Germany. Despite its banning the song hit number on the charts in Austria, Germany, The Netherlands, Norway, Sweden, and Switzerland.

We see certain homages in the video to the movie Psycho. It makes me think of Lolita as well. My favorite part of the video is when the girl”s ghost or his imagination keeps teasing him (I found this to be really cute) while he is locked up in the asylum.

Next we have the sequel to Jeanny, Coming Home (Jeanny Part 2, One Year Later):

In this one, we see the psycho was caught and served some time in an insane asylum. We see his obsession with his victim and his permanent fixation on her.

If it weren”t the fact for the video, if you just heard the song again, it would sound like a really romantic love ballad rather than a song about a killer stalking a new girl that looks like his old victim.

There are more parts to the Jeanny songs but those are the only two real official videos. Everything else I ever found were a bunch of fan made videos. I”m only posting the real videos here, and only his best stuff.

Next up we have Vienna Calling:

The video is great because of all the funny expressions he makes.

Next, we have Titanic:

The song is pretty good and the video is okay, mainly because of all the freaks in it.

Let”s move on to a better song, Body Next To Body (ft. Brigitte Nielsen)

Now this is more like it. A lot of post apocalypse costumes in this one. You might recognize Brigitte Nielsen from Rocky 4, Cobra, and Beverly Hills Cop 2.

The last, best video that Falco made was his last one actually, Naked:

The video shows Falco”s adoration for the female body, hence the correct title for the song. The video is so amazing that God killed Falco in a bus crash, having him leave us on a high note. Probably one of my favorite music videos of all time.

If you like his music, although these songs don”t really have videos or don”t have good ones check out:

And remember kids, Falco is smiling at you from heaven!