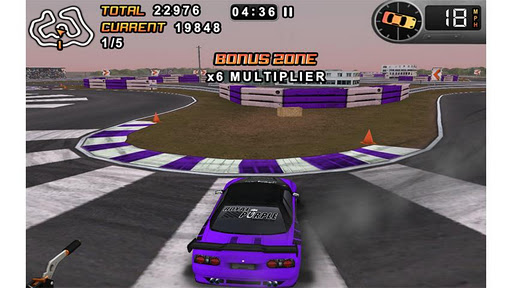 Sometimes when it comes to mobile games you have to ask yourself is it the game, is it you, is it your phone or a combination of both. For me, while Draft Mania Championship looks great on my phone, but I found it hard to play and the longer I kept at it the longer I realized the fault did not lie with me.

I ran this game on my Motorola Photon and the HD rendered tracks look crisp and clean, however the cars themselves did not seem as polished with some looking a bit boxy. In DMC2 you have access to 13 different cars that you can customize and upgrade as well as 13 drift circuits to race upon. 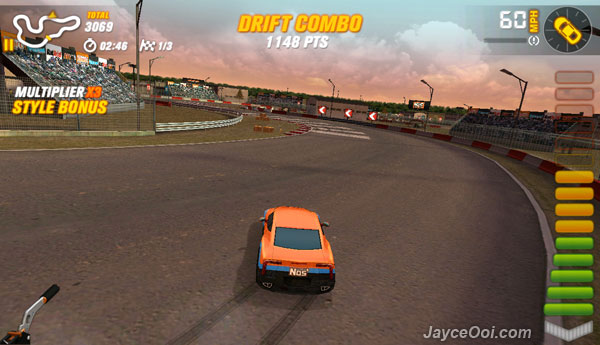 If you ever complained about not having enough knowledge on a game before playing it you won’t be disappointed with the lengthy tutorial that comes with this game. However, even with all the practice and upgrades you can take advantage of when to comes to gameplay it seem incredibly hard to make the turns be it using the phone to tilt or the on screen steering wheel.

Overall this can still be a fun game to play. The graphics are nice and the gameplay is good if you really practice and configure not only your car, but the game settings correctly. Perhaps with a Bluetooth controller the game would rate higher for me, but then again we should not have to add remote controllers to fully enjoy a game.

You can pick up Drift Mania Championship 2 on Google Play for $1.99