The ultimate accessory for video console gaming in the early 1990′s was not the Sega CD – it was the Turbo CD with a Super System Card.  This combination permitted owners of NEC’s TurboGrafx-16 gaming system to access some of the very best games available at the time, whether they were North American or Japanese releases, such as Dungeon Explorer II, Ys Book I and II, Lords of Thunder, and Dracula X. 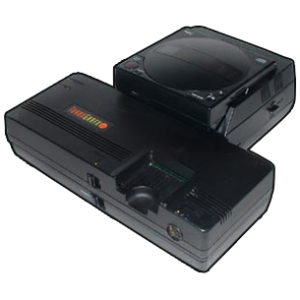 The Turbo CD attached itself to the TurboGrafx-16 system, and the new world of CD gaming was opened up.  The Super System Card turned the Turbo CD into a Turbo Duo machine, with 256K of RAM (split 64K DRAM and 192K SRAM).  It also provided the most advanced bios for the T16 (version 3.0), which permitted its owners to play the “Super System CD” games.  The extra memory gave programmers the ability to use the entire color palette for their games’ backgrounds, which provided a much richer gaming experience.

So if this accessory was the greatest thing to happen to gaming since the release of the Atari 2600, why didn’t everyone own one?  Well, to begin with, it was an accessory for the TurboGrafx-16 system, which was fighting for ground in the Nintendo vs. Sega console wars, and losing.  It was also BIG, which was odd, considering the Japanese model it was based on (for the PC Engine) was quite small.  Perhaps the North American fascination for big trucks and luxury cars blinded the design team at NEC, since they clearly thought BIGGER was better.  Unfortunately, retailers don’t want giant boxes that are mostly Styrofoam or packaging today, and they didn’t then, either.

With a box measuring 59.5cm x 44.5cm x 26cm (23.4″ x 17.5″ x 10.2″), who had the space to display it, never mind stock it in any significant quantity?  Another reason was that, unlike the Sega CD, which included Sewer Shark, the Turbo CD did not include a game, which meant you had to add a little more cost to the final bill.  That leads us to the final, and most important reason why the Turbo CD did not catch fire in the gaming universe: the price.  NEC priced the Turbo CD at $399, which was a prohibitive price point.  Although the standard System 2.0 Card was included in the package, it only gave access to the standard CD games.  Only by purchasing the Super System Card could gamers access the Super CD titles (like Prince of Persia, DragonSlayer, etc), and this was retailing in the $80-$100 range. 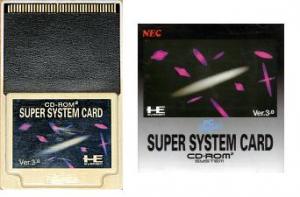 So let’s review NEC’s market strategy for the Turbo CD:

I’m not a rocket scientist, but this combination would spell disaster today for any peripheral’s sales, never mind during the height of the Nintendo vs. Sega console wars!

So in the end, the Turbo CD was the best gaming accessory no one bought.  Today retro gaming is a both a popular and enjoyable pastime.  If you are a retro gamer with a passion for all things 90s, you simply need to have a TurboGrafx-16 with a Turbo CD system!  Now, if you’ll excuse me, I feel a need for some Lords of Thunder Super CD action coming on – awesome guitar riffs and amazing game play await!