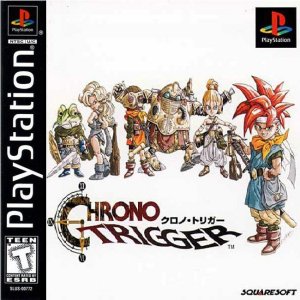 This game was one of the reasons I fell in love with RPGs. It had pretty much everything you could ask for in a game. Great story, great characters, and of course great gameplay is only a few of the amazing features this game brought. The story is the usual gotta save the world from evil but in the end it’s a fun story to play through. The game also has multiple endings so it’ll keep you coming back and fix what you did wrong to get the better ending. The gameplay is pure genius as you battle Final Fantasy style but instead of going to another screen like most RPGs. Your battle will happen wherever you find your enemies. It’s simple, fun, and exciting to battle these monsters. 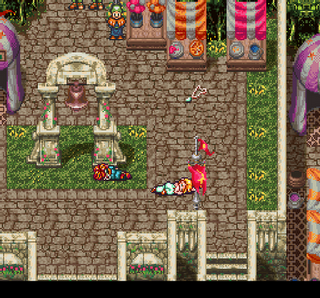 Another feature of the battle system is the combined attack combos where you can apply combos with your allies for higher damage. You’ll of course need both allies to have their battle gauge filled and for them to have enough points to complete the attack. If one player doesn’t have enough MP, then you are out of luck.

Furthermore, the game features side quests that you can accomplish when you get tired of following the story among many other things. The best feature of the story that I like is the time travel factor. You can travel through time to help save the world, how fantastic! So that’s about it, be sure to pick this one out as I highly recommend it. Until next week!

Did you know? There was a text based game called Radical Dreamers that unveils a lot of info of both Chrono Trigger and Chrono Cross games. Neat huh?