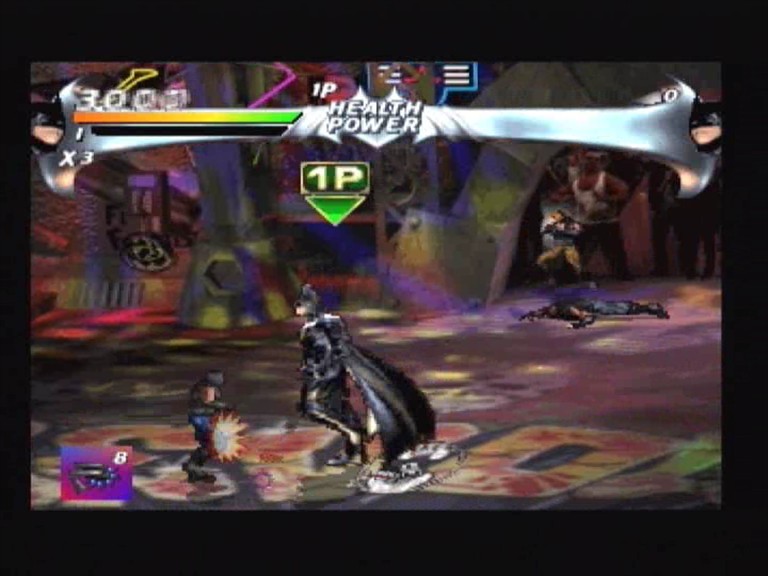 Many will not-so-fondly remember the “other” Acclaim Batman Forever game, a disaster of imprecise controls, illogical level designs, and visuals so sub-par, it was hard to make out what you were doing. That mess found its way onto countless game consoles, including the lowly Game Boy, the last place it should have ended up.

However, on the PlayStation and Saturn, Acclaim published the arcade version (ports by Iguana), hence the title Batman Forever – The Arcade Game. Instead of falling into the platform genre, The Arcade Game was a simple beat-em-up, but one completely lacking in direction, logic, or thought, in addition to the problems of 16 and 8-bit platformers. 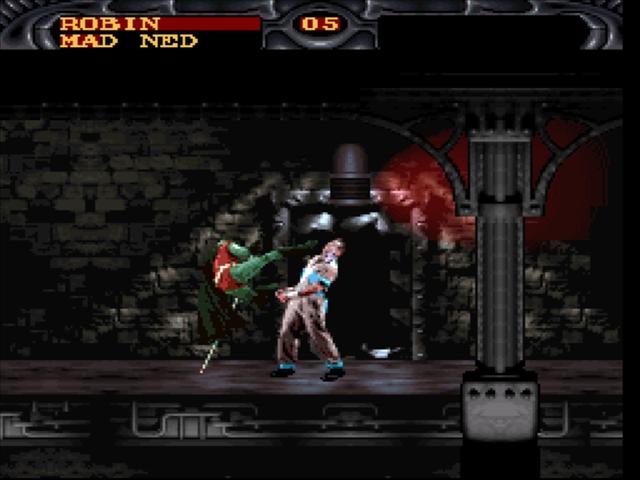 The games co-op play only made things more confusing, as the muddy, pixelated digitized visuals caused Batman to blend with the background, and Robin to somehow look like some of the more colorful enemies. Instead of establishing a flow or pacing, BF – TAG just tossed everything onto the screen. Power-ups are everywhere, and the game randomly seems to stop as the superheroes suck in their the newly found abilities. Other times, it stops so either can explode into an explosion of lightning (?) to clear the screen. Various combo counters took up valuable areas of screen real estate, making an already difficult to see game even worse. Of course, they can also shrink (??). Why, for what purpose, is anyone’s guess. 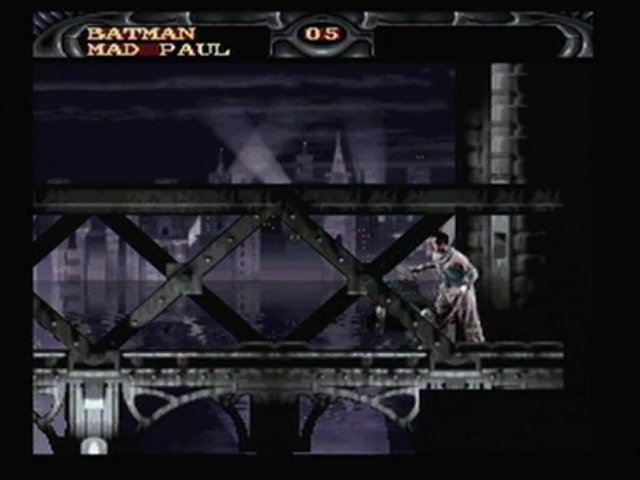 Controls are impossibly slippery, while limited animation makes it seem as if characters are skating around the backgrounds instead of walking on them. For the record, they are. Everything moves so fast (the complete opposite of the other Forever game), it becomes impossible to grab the basics of punching or kicking. The epic and certainly expensive soundtrack is culled from the films, unintentionally hilarious considering the absurdities occurring on-screen.

BF – TAG is a Batman game with zero focus, an attempted showcase of the advancement of digitized visuals, which when done well, could work in favor of the developer. When done poorly, you end up with this, a game where the budget is so squarely focused on the graphics, nothing was left for the gameplay.

Matt Paprocki has critiqued home media and video games for 13 years. His current passion project is the technically minded DoBlu.com. You can follow Matt's body of work via his personal WordPress blog, and follow him on Twitter @Matt_Paprocki.