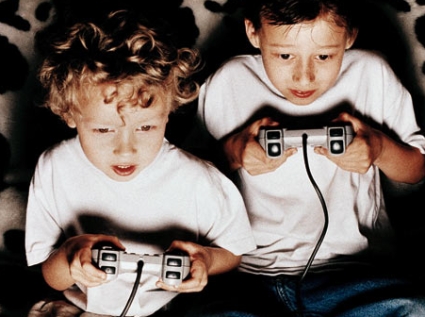 Often people ask what values would you teach your children, it is a good question. Perhaps there is something you were taught that helped you as your grew and you wanted to pass that on you to children. As gamers, many of us who decide to have children may end up getting them into games or at least supporting their own love of games. So the question is, if you could teach your child one game which would it be?

The Legend of Zelda

The original NES game for me is the perfect starting game for a child. Zelda had the elements of an RPG and an action adventure game. The game itself was not that hard to play, but it was difficult enough to keep you interested while invoking real thought. Some of the bosses took pattern recognition and some of the dungeons required some puzzle solving. The game also had humor and sadness and the “death” was not serious enough to harm any child in my opinion. It was the kind of game that could prepare you for many other games including some of today’s MMO’s. Zelda may not have been perfect, but I think it is a great choice as a jumping off point for a future gamer.

We asked our panel of industry insiders the same question.

Most definitely the original Legend of Zelda. The vast, mysterious, world represented by small, abstract, graphics stimulates your mind almost like reading a novel. While you are playing, you imagine much more than what you can actually see. This is especially important for children to learn, and on top of that the sense of adventure and exploration is unparalleled.

I have an 8-year-old daughter and we play lots of games together.  Our favorite all time game has to be Mario Kart Double Dash.  It has the perfect bimodal learning curve.  She could contribute to the game when she was just tossing banana peels while I drove, then learned to aim and lean into turns, then she learned to drive on her own, then she learned to drive and throw on her own.  It is THE greatest game I have ever played for teaching someone the joys of gaming as it allows for so much grown and skill development, all while having fun.  But I’m going to go on a slightly different tack for this question, if I could only pick one game for my daughter, it would be Rail Road Tycoon.

Rail Road Tycoon is an amazing simulation game, no matter which version you play.  It supports multiplayer, single player, and has endless re-playability.  And not to get all touchy feely here, but it would help my daughter learn some basics skills that society frankly frowns upon girls (and even women) learning.  Railroad Tycoon helps teach how the stock market is supposed to work, and how  it can be  manipulated.  How to buy low and sell high, how to cut off the competition at the knees, when to cooperate and when not to, the value of risk, the drawbacks of being over extended, when to take out a loan, when not to.

They value of expedited services and the value of slow and steady income growth.  Everything necessary to survive and thrive in our society.  On top of all that, Rail Road Tycoon was the first game I couldn’t stop playing.   It was the game that made me say “I  know what I want to do with my life”  It is the reason I have been able to make games for a living for almost 2 decades now.  I can’t wait to find out what game, book, movie, class, instrument, experiment, photograph that will lead my daughter down the path to what she loves to do.

Maybe something like Ultima 4, that was a good one.

So what game would you choose?

Games I have never beat: Faxanadu

Subscription MMO’s soon to be a thing of the past?

DCUO: Qualms With The Game And A Plea For Fixes