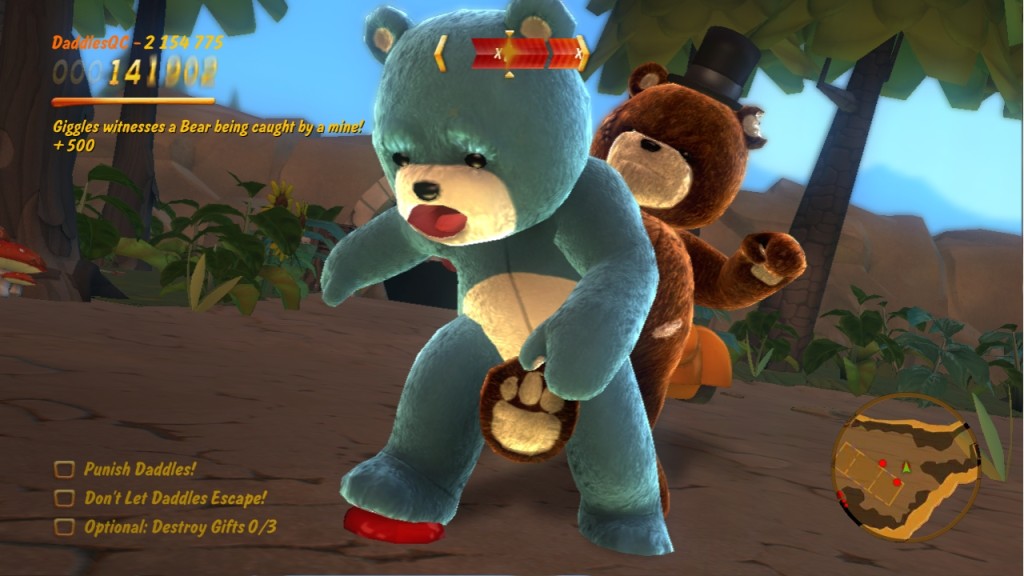 Sometimes you have a bad day and it appears Bears are no different. In this game from 505 Games, we meet a Naughty Bear that does not like being cute and cuddly like the rest of the bears and as a result is shunned and made fun of. Because of being ostracized by the community Naught Bear seeks revenge on his fellow Teddy Bears and you have thousands of different ways to scare, punish and disrupt bear society. 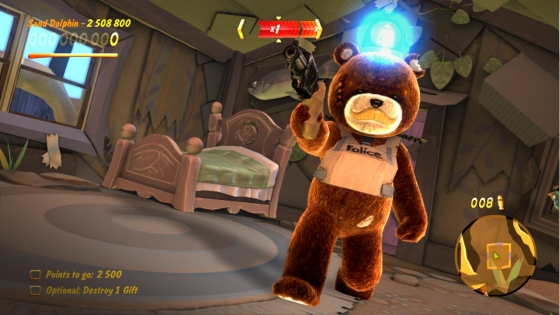 In Naughty Bear you have an entire island to explore and cause mayhem on. The island itself is divided into four parts with some sections and areas needing to be unlocked. There are a total of 28 levels on the island and tons of different objects to use and obstacles to overcome. Your job is not only to get revenge on the bears who tormented you, but also to avoid the law abiding bears who will try and stop your mischievous ways. 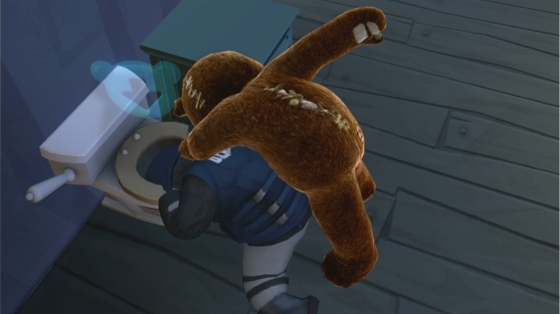 Now the game is not just about beating up bears. There is a “Mischief Points” system where the more you scared the bears and the different ways you scare them earns you more points. Not all bears will be frightened by the same thing so you have to mix it up. This combination along with the open world model keeps the game from getting stale as you come up with new ways to cause havoc.

You can find Naughty Bear for the Xbox 360 and the PlayStation 3. Long before the movie “Ted” this bear was naughty and the game is definitely weird.