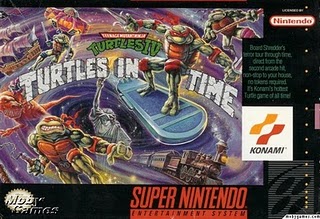 This was the first ever SNES title I ever got with the good old console and what an awesome ordeal! The game is just amazing and prove how close consoles were getting to the arcade machines we praised so much in the early 90s. The only thing the game is missing is the four player feature which would have made it a perfection of all perfection for the SNES. Anyhow, this game gave me endless hours of fun. I can play it over and over without getting bored. 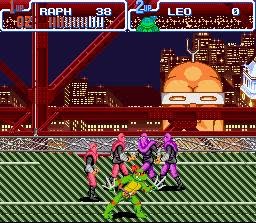 Konami made sure you played their games to the death. The only way to see the real ending is to beat this game in hard, you have no other choice. Unlike today’s games, this was what gaming was all about. The game is full of amazing gameplay and great animation. This game started to show what the SNES could do and what the Genesis couldn’t do. Speaking of the Genesis, the game completely changed with another story but similar gameplay. The game was fun as well but in my personal opinion, the SNES rules on top.

What else to say about this gem? the game has some interesting options like changing the turtles colors from the cartoon to something called comic. Each turtle has their own strengths and weaknesses. Picking up this game will cost you at least 20 dollars loose but if you are as lucky as me, you will find a CIB copy for 2 bucks. Har har har! Until next time!

Question of the Week: What is the ultimate fate of the universe?