Game Over The Series

A few weeks ago we posted an article about the upcoming series called Game Over that showcases a video game store and the funny stories and interactions that happens within. We had a chance to talk with the makers of the series about how the came up with the idea and what we can expect from the show.

Great to talk with you; let’s start with how you came up with the idea to create Game Over.

I just shot Stephen King’s In The Deathroom and wanted to do something different. Kicking around different ideas, I realized it’s the perfect time to shoot a TV pilot idea I had based on working in the video game industry. I started working at an EB Gameworld in 2001. After working there for years, I was subconsciously getting ideas for this show.

Tell us a bit about the process of getting production off the ground and getting everything together.

The entire project was a battle every step of the way. I was fortunate to have a great Director of Cinematography and he had all the equipment we would needed for the shoot. The hardest part was finding an area to film in was really the hardest part. We had places confirmed but when every place fall through; we literally had to build a video game store from the ground up. I called every real estate agent I could and asked if there’s any spots they knew of. Most were very friendly once they heard about the project. I remember when I tried to film in an vacant former supermarket, the real estate agent thought I was nuts but asked the owner anyway. He came back with a total price of $20,000 for 3 day shoot. We politely declined that.

When we started our crowd funding campaign, Paypal marked as a terrorists group and refused any donations to go through and once it was fixed the same people never got around to trying to donate again.

Also various game companies showed interest in donating products to the show, as time went on they all fizzled out expect Rockstar. Rockstar Games ended up giving us a ton of prizes to give out. 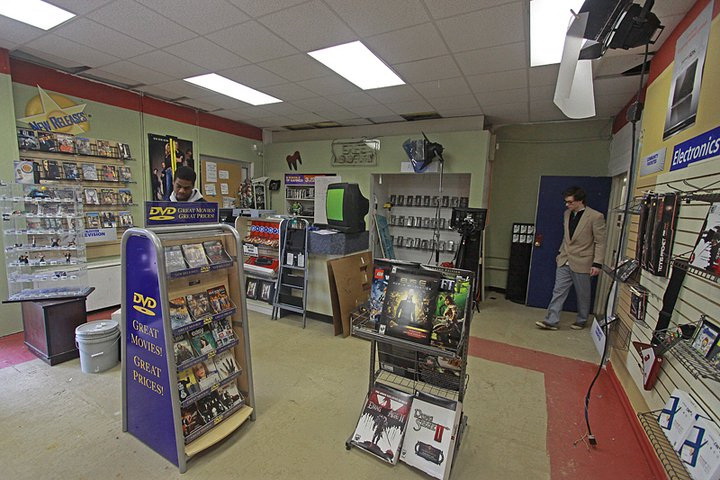 Anyone that has spent a good amount of time in a video game store has seen something funny, strange or both, what types of stories, topics to you want to hit on?

I want to go beyond the obvious of dealing with annoying customers (believe me they will be in the show) but we also want to hit on the funny happenings in retail and in these characters personnel lives. I wanted to create interesting characters that people can relate to.

Do you plan to go more for the realism of life running and working in a video game store or is it more a backdrop for inside jokes and stereotypes?

I definitely will feature the various aspects of nerdcore, geek culture, etc.

Can you tell us more about the stores you were going to film in and what happened with that?

We had a deal in place with the 3rd largest game retailer in North America. The President of the company called me and told me how much he loved the script and how everyone in a conference call told him they wanted him to get behind the show. Everything hit the fan when he decided to take away the investment money and spend it on radio advertising instead. He said we could still film at a location in Bear, Delaware but we had to film with no money. Going ahead without money was very difficult.

From there an independent game store contacted me and the owner expressed interested about getting involved. That deal from through when he backed out.

Beyond frustrated, the entire project was in limbo. No one knew what would happen or if it would even happen.

It’s when I attended a Pennsylvania Film Industry Association (PaFIA) meeting I was introduced to the studio head of Sun Center Studios. Sun Center Studio is the new multi-million soundstage here in Aston, PA.  I told him about the idea and he agreed to let us do auditions there and let us film there. Without him, we wouldn’t have been able to shoot Game Over. He literally saved the project. We were able to film in a complex on the studio lot. We were able to transform the room they gave us completely and also we were able to build the set and keep materials there.

Reps from Paramount and Universal stopped by and complemented us on the set.

Tell us about the staff and actors, are you guys all professionals as far as writing, filming, directing and acting or is it a mix of being fans and having the drive to create something such as this?

All cast & crew were professionals who are in the industry. Something of this undertaking definitely required a lot of professional work from building the set to editing. We had to build an actually game store from the ground up. A local Blockbuster video and Rite-Aid were going out of business and I was able to buy  racks, shelving, and a friend from an EB games gave me various cases, boxes and marketing materials to help ‘dress’ the set.

Literally this project was definitely the one that tested my passion to the limit. It takes beyond fandom to make something like this.

Do you have a style you are going for as far as storytelling and direction like a Seinfeld or Always Sunny in Philadelphia?

Think of our show as a hybrid of It’s Always Sunny in Philly meets Louie meets Clerks meets South Park. That’s really the best way to describe it. Haha. 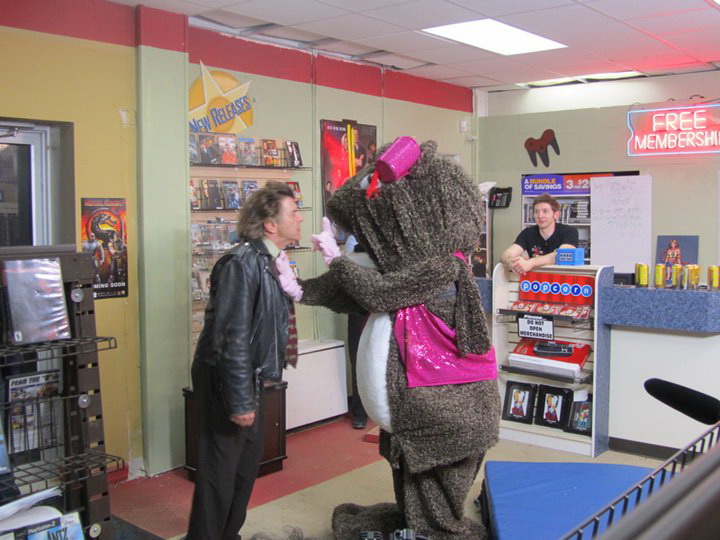 This might be a question more for film nerds, but can you tell us about not being able to use real game names and products in your episodes?

If you change anything by 7% you can legally use it. If you visit our site and see the set design pictures, we changed every insert, poster, etc we received.

As for games, we used a couple ‘open source games’ like Blood, etc because they essentially the equivalent of ‘public domain’ movies (which we have some of too).

Do you have a specific season number of episodes and do you plan to keep this running as long as possible or is there a set end date?

I definitely want the show to always stay fresh. Nothing irks me more than when a show stays ‘past it’s welcome’. The plan right now, is make treatments/outlines for future episodes and see how many episodes the network wants per season.

What can those who want to help and support the show do?

When this show gets pitched to networks, a big selling point will be the built in fan base. In today’s market that’s so important, so we need everyone:

This is a show by the fans for the fans! We need the support! THANK YOU!