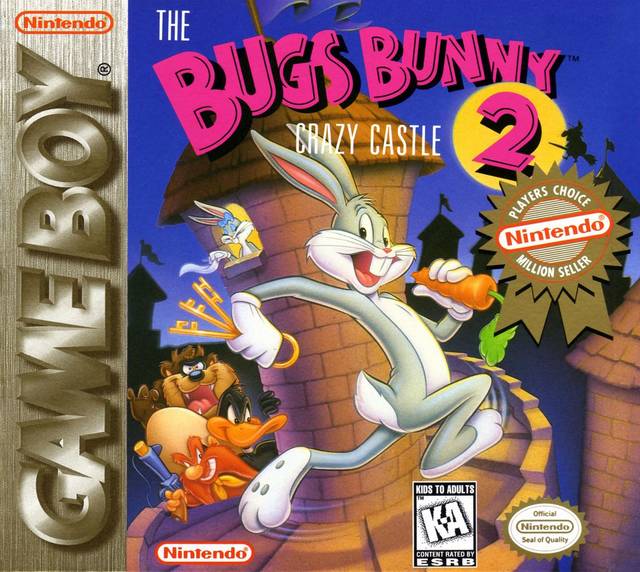 So why did I picked the second one? It’s only because it’s the only one I can play at the moment. The rest of them are in storage. The game is quite fun and odd at times. The point of it is simple, Bugs Bunny’s girlfriend has been kidnapped and it’s being held captive at this castle. It’s only up to Bugs to save her if he wants to get laid so the quest starts! The object of the game is very simple, I mean any idiot can figure it out that you have to collect keys in order to open the master door. You can also use items in order to beat your enemies down although I suggest you know how to use them efficiently so that you won’t run into a one on one without any items to defend you. You will encounter other interesting twists in this game as I’ll go over them as we move along. 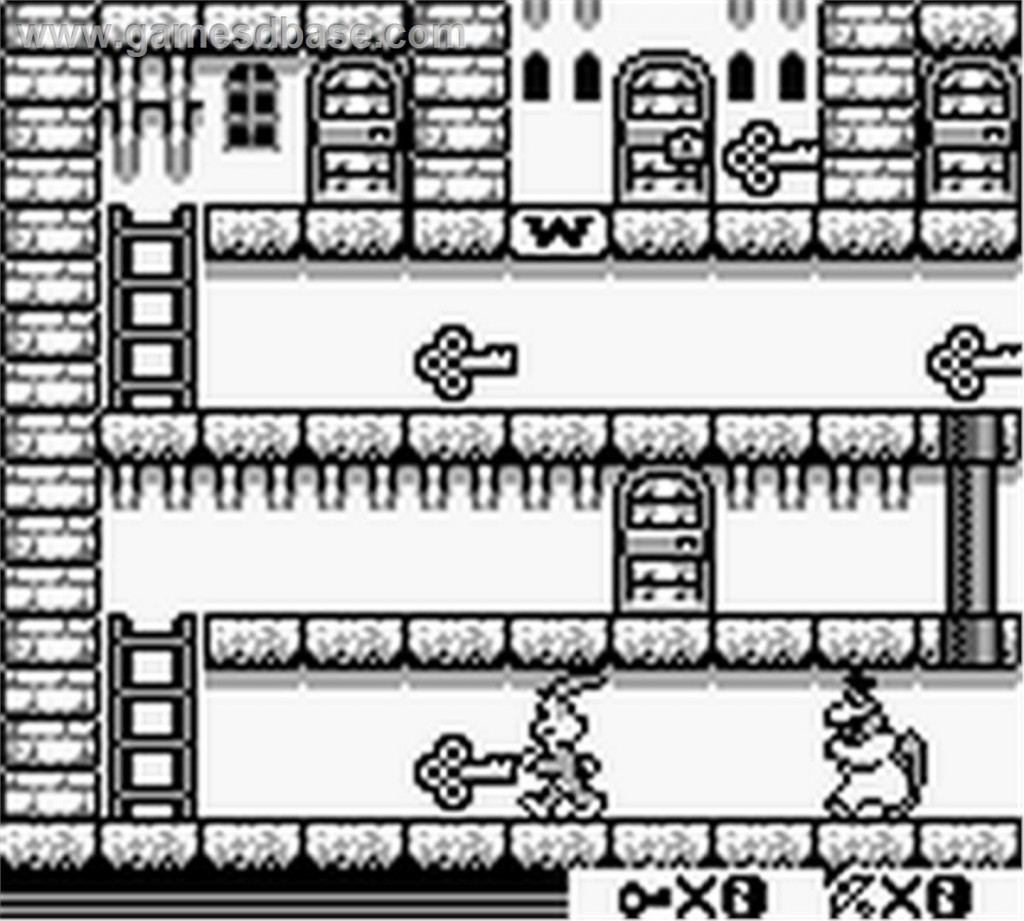 The gameplay is quite demanding at times because you have to figure things out fast if you don’t want to be killed by your enemies which for some reason used to be your buddies in the cartoon at least! You will encounter the Rooster, big headed bird, Sylvester, among others. There are also some freakshows from other series or probably made up. Overall, you have to be careful with everyone! They mean harm! Furthermore, the game offers a variety of ways to kill them. You can either blow them up with a terrorist bomb or shoot them with a bow and arrow through the heart, it’ll depend on the level which weapons are available. You can also pick up a hammer to break bricks that get in your way. Amazingly you can’t use this item as a weapon to break your enemies’ head open….go figure! The game also has this mega lighting bolt that destroys everything on screen. That’s Bugs’ most powerful weapon! 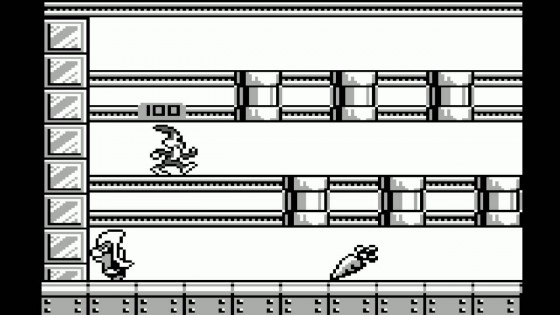 The graphics of the game are quite good. Things look how they are supposed to look and you won’t run into objects you think are part of the background. Even people with vision problems like myself were able to detect the scenery quite successfully. Even the enemies look how they are supposed to look and that’s a very well done task by the developers. I do have to mention that the big headed bird Tweety was made bigger than its size but that’s understandable as you are playing a portable game and won’t recognize him if you see him…Speaking of which…Tweety is a him? I found that out not too long ago and I’m in shock! SHOCK!! The music is repetitive but what can you expect for a puzzle game. You have a couple of tunes and that’s it! I don’t see people saying the same for Tetris but then again Tetris music kicks ass. If you do have a problem with the music then just mute it and play your wonderful emo music for all I care.

Overall, you have a very solid game that can bring you hours and hours of fun. With a nice password system that won’t make you write down a billion phrases and then get it wrong, you can’t go wrong with this one. Be sure to check out the other games in the series and try to look for them online as they are quite affordable. If everything else fails, just download the rom! Until next week!