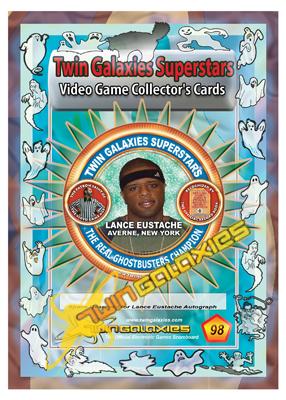 Details as to why it is your favorite: Street Fighter II was literally my escape to game when I was a child. When I got crap from my parents I would head to the arcade and start playing. I also played my cousins in SF2 as a kid. I sometimes sandbag just so the losers would stop whining.

Bio: Lance Eustache immersed himself into the video game culture by attending events such as PAX East, New York Comic Con, and MAGFest. When not at his day job, Lance writes gaming articles, tests his fighting game skills against top players, does referee work for Twin Galaxies, etc., etc. Lance is also part of local gaming communities such as StreetPass Network New York and Empire Arcadia.