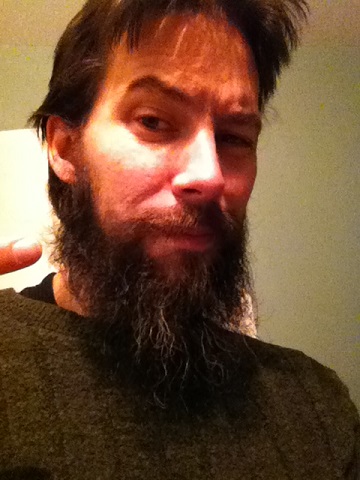 Quote: That is a seriously tough question! In the end, not Mega Man, not Mario, not even Castlevania could take that spot. It had to be Zelda. This was the game that changed everything for me. The feeling of awe that overwhelmed me the first time I stepped foot into Hyrule has never quite been duplicated- and the intrigue built from there. That sense of wonder and exploration have not only had a huge part in my getting into game development, but truly cemented my love of video games.

My Gaming History: Gaming started for me, by accounts of my late mother, at the age of three. As my parents were already hardcore gamers, it was either on the Atari 2600 or Colecovision- the only time we were a one console family was during the NES era. As time passed, I just became more engrossed. The Legend of Zelda, Castlevania, Super Mario Bros., Mega Man, and countless others from the NES. The 80’s transitioned to the 90’s, and the charge was led by Street Fighter, Doom, and various JRPGs. Platform after platform, genre after genre, game after game- the fascination has never stopped.

This passion for the art form turned into a desire to create. Starting with Doom, Wolfenstein, and Quake mods, I began seriously considering a career in game design. Life had other plans as it often does, and I hung development up for music and family- and I wouldn’t start easing back into it until 2008. Fast forward through a lot of self discovery, world records, false starts, and just family life in general. August 2013 became the new start date for my roguelike score chasing RPG, [The Bounty]. Nowadays I’m knee deep in development of that title (and others in planning phases), and co-operate Gaming World Wide () with my friend and colleague [Eric Cummings], and the help of some really swell contributors.