Sure, it was on the original Gameboy and it was in black and white or that weird green if you will and yes, the screen would blur when you moved, but for me playing Super Mario, any Super Mario on a portable was just grand. Super Mario Land was released for the Gameboy in 1989. 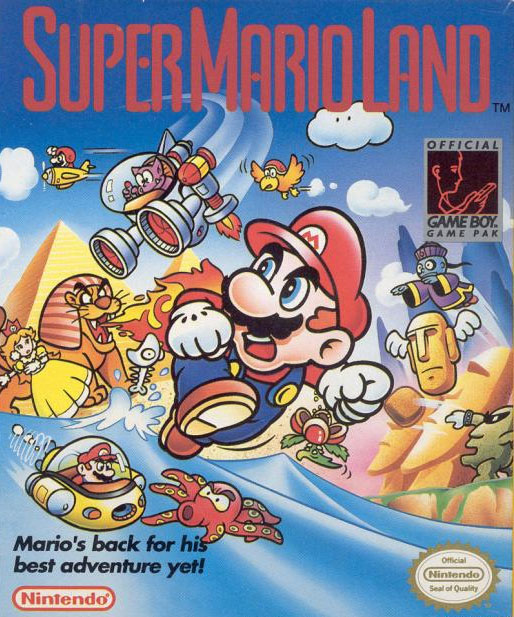 This was the first Mario game on the Gameboy and featured Mario going up against a space alien named Tatanga of all people to save Princess Daisy since Peach was off playing Tennis.

The game takes place in Sarasaland and is ruled by Princess Daisy. The land is broken up into a series of kingdoms. One day the space alien Tatanga hypnotizes the princess in order to marry her. (and all the while millions of men wish they could do the opposite to their girlfriends.)

The gameplay had a similar feel in some places like jumping on most enemies and getting coins, mushrooms and the like. The differences were that the fire flower gave you a super ball that bounced off of things and could even collect coins. Another difference in gameplay was that some levels you were in a plane or a submarine and in these levels the world scrolled to the left forcing you to continue moving. You would fire continuously at enemies and at the boss; you did this to the final boss as well.

I enjoyed the game and for some reason even though the music was very simple it was memorable to me. I guess that is the way those 8-bit games did their sound effects. Take a listen and if some of these tunes get stuck in your head I apologize in advance.