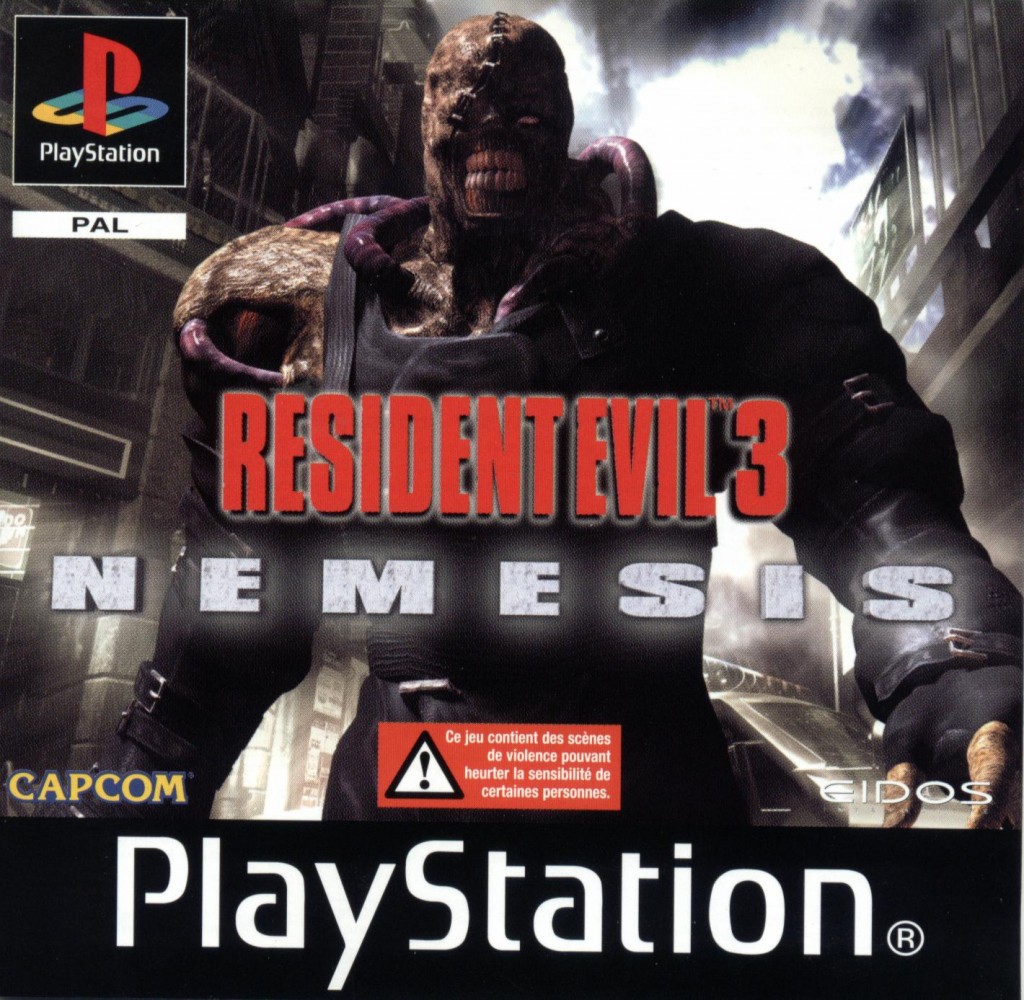 This episode of the Resident Evil chronicles follows Jill Valentine who was in the original game in the series and you are in control of her for most of the game. Once again you’re stuck in Raccoon City, and of course it’s full of zombies and yes you have to escape. 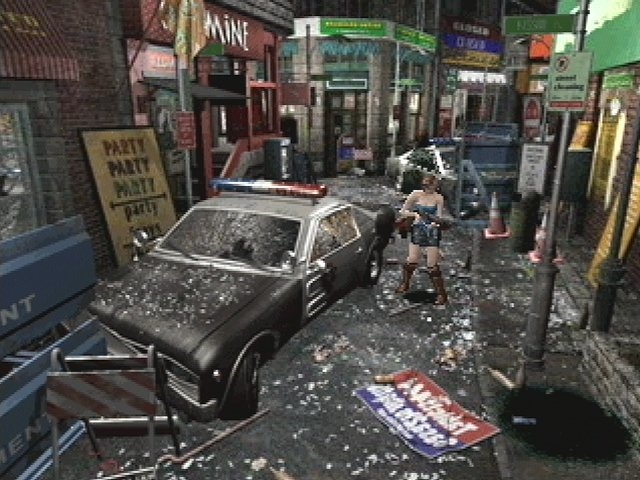 The problem with this story is that it doesn’t compare to that of RE2, in the previous game you get two characters to play as, and even though you play through a lot of similar areas the storyline is so much more interesting. As well the characters actually have motivations I can understand, the story in RE3 on the other hand, feels thrown together, and I don’t find myself caring for anyone in this game, nearly as much as I did in the former.

The gameplay is mostly the same as the other two, except you get a nice 90 degree turn move by pushing down and then the run button which really makes the game a lot easier. It’s still clunky by today’s standards though, and having played through the first three games back to back to back it’s really starting to grate on me. If you’re familiar with the other two in the series though, you’ll be at home with this.

As I said before, you’re only in control of one character in this game, and the campaign is quite a bit shorter than RE2 (like half as short). Now to be fair most of the last game was back-tracking, but because of the story that drove me through it I didn’t mind. This iteration though, re-uses a lot of locations from RE2, and I was really looking forward to some new environments, but it all looked the same, nothing new to see here, sadly. 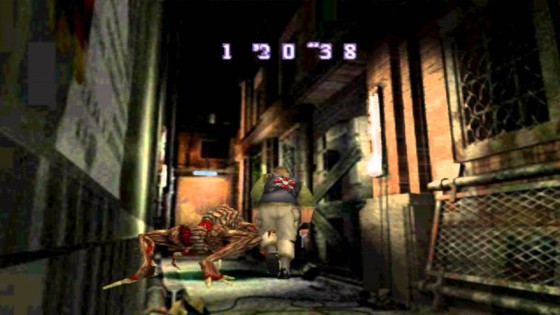 If you notice the Nemesis in the title you’ll wonder what that is, Nemesis is another bio-weapon from Umbrella corp. that chases you around trying to wipe out the last members of S.T.A.R.S. of which your character is the final one remaining. We already had something like this in RE2 again, and if feels just like a recycling of the last game. The difference is in RE3 you get two options each time he appears, usually between fight or flee. Depending on which one you choose you’ll see a few different areas of the game, but make no mistake this is linear progression, and Nemesis is there to get you to hurry up. But because most encounters with him let you press a button and escape, he doesn’t feel like much of a threat. 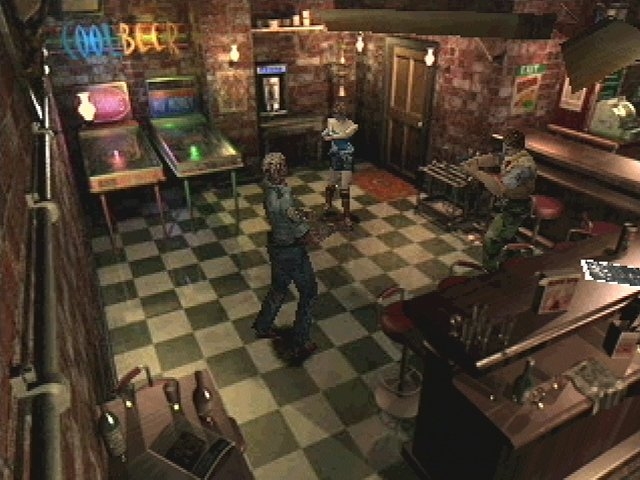 They are once again very much the same from RE2, some of the environments were recycled as well, and it does sort of seem like it was thrown together with spare parts. One thing that stands out in this one is the pre-rendered cut scenes. Characters during these scenes display believable emotions, and that’s a huge step up from the last game. Other than that, it’s a cookie cutter cut and paste of RE2’s graphics.

How it holds up today

I must say after RE2 I was really interested on where this series was going, but I found myself disappointed with how this game turned out. There’s a lot of action to be sure, but after the other two games I don’t feel there’s much of a threat to the same slowly moving zombies, and blowing there heads off, while still enjoyable, started to lose its charm… 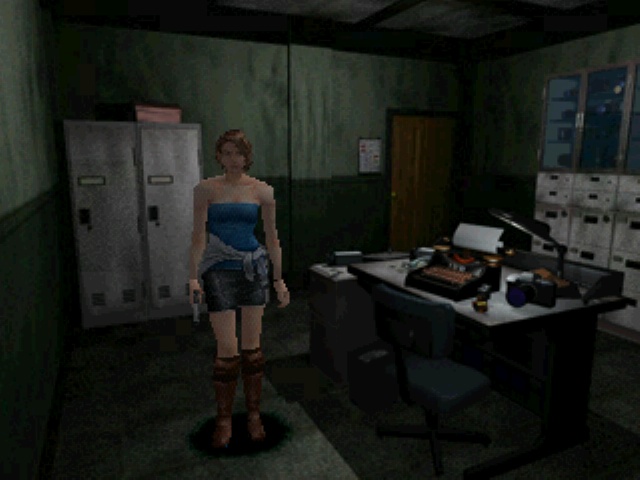 I’m happy that I finally finished the trilogy, and plan to play the rest of the series because it’s so influential in gaming, but this one dragged on for me, it didn’t have me glued to my console like the last one did (and took me a few weeks to complete compared to the week or so the last one took). Also I completed the campaign in a measly 6 hours, while the other two games in the series were much longer.

If you have the choice between all three RE games, go for the second, it has the best story, epic bosses, and is a real heart pumping experience. This latest one was still enjoyable, but not up to expectations. Perhaps RE: Code Veronica on my Dreamcast will treat me better.

My name is Brennan Martin, and I run PSOne Classics. I have a Honors Degree in Russian Language and culture from the University Of Ottawa in Ontario Canada. I spent most of my free time competing and training athletics and have represented Canada abroad, as well as compete in numerous Canadian Championships. At the moment I’m living half time in Ottawa, Canada, and half time in Auxerre, France where I have a seasonal athletic job. I have lived in Canada, the United States, Russia, and France, but I’m a Canadian through and through. Travelling is a passion of mine, and I try to always find interesting and exciting places to visit. Being a language student I speak English, French, Russian, Spanish, and some Mandarin. At the moment I’m learning Korean as well (if I’m a gamer I should really learn Japanese too…). I’m always trying to learn more (when I’m not gaming), as everybody should have a passion!