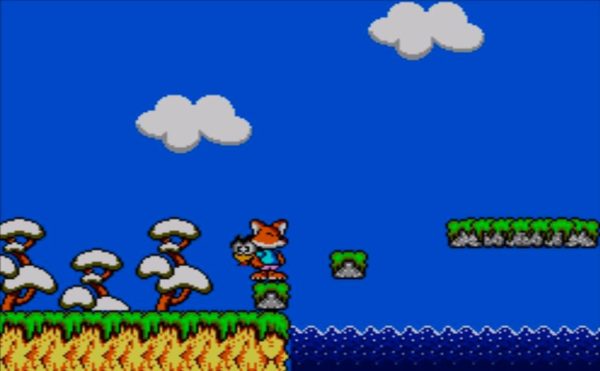 I must admit that when I first came to review this game, I failed to see why I had such fonds memories of it in the first place.  That was until I hit stage 2 and enter Skull Land!  From here the game picks up its pace a bit. 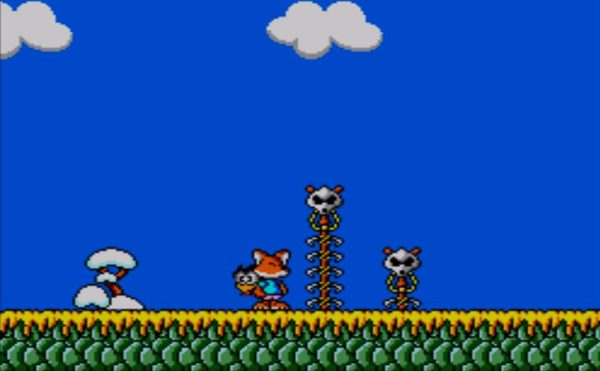 Like many other platformers of its time, the objective of Psycho Fox is to save a world that has been thrown into turmoil by some evil tyrant.  In this case the tyrant is known as Madfox Daimyojin.  With Bird Fly perched on his shoulder, Psycho Fox must trek through seven bizarre stages, each with their own stage boss, before encountering his nemesis the Madfox Daimyojin.  Who is Bird Fly you may ask?  Bird Fly is Psycho’s trusty sidekick that can fly out from his shoulder to defeat enemy creatures.  Bird Fly also acts a shield because while perched on Psycho’s shoulder, he can take one hit without dying…however you will lose your feathered friend.

One of the coolest features of this game is Psycho’s ability to morph between fox, monkey, hippo, and tiger.  However this is reliant that you have obtained a “Psycho Stick”, which can be found hidden away in the eggs that are scattered throughout the rounds or by killing an enemy creature.  Of course each transformation has its strengths and weaknesses.   Fox is the original form of Psycho Fox and his abilities such as walking, acceleration, punching power etc are standard.  The hippo has tremendous punching power with the ability to break bricks.  This allows you to enter some sealed off areas, but ultimately his weight will let you down.  Monkey is known for his high jumping ability, while Tiger is a bit of an athlete who excels in running and long jumping. 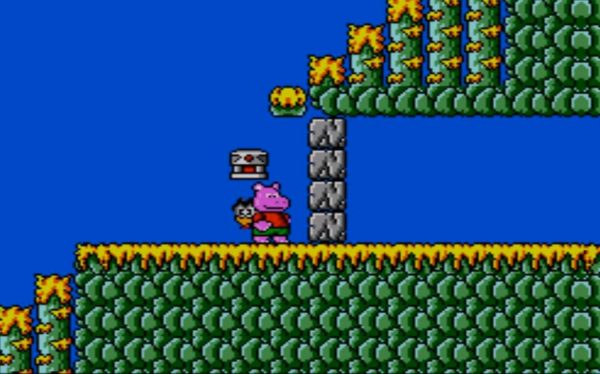 Another feature is the end of round lottery bonus game known as “Amida”  To play this game you must acquire at least one money bag during the round…one bet per money bag.  Psycho Fox places a bet on a pathway that he then travels along, before receiving the prize at the end of the pathway.  Prizes include extra lives, psycho sticks, straw effigies, and magic medicine. 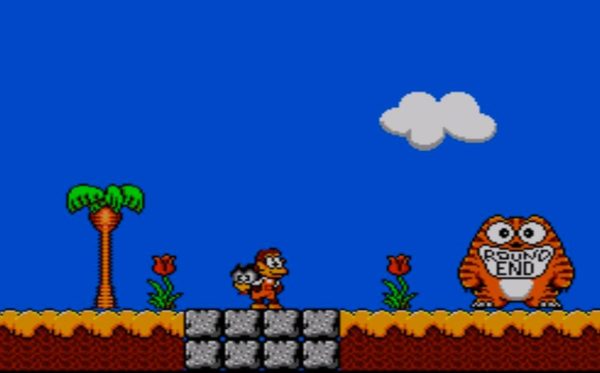 My favorite part of the game is defeating the stage 2 boss.  A fly of epic proportions, brain visible through his transparent shell, Psycho must douse his opponent with fly spray by jumping on the nozzle of the can provided! 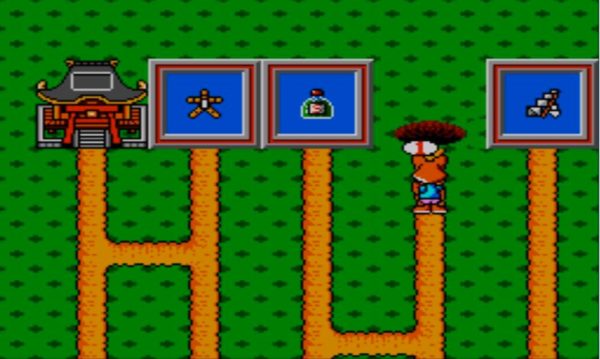 The game takes you through a number of landscapes including desert, sky, wind tunnels, and underground caverns, before you meet your nemesis the Madfox Daimyojin.  In addition there are various hazardous implements you must avoid including disappearing bridges, slippery slopes, and needle-studded floors and ceilings. 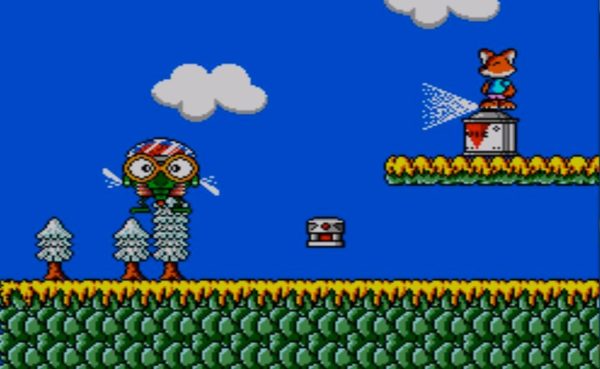 Victory was mine and boy was it sweet! 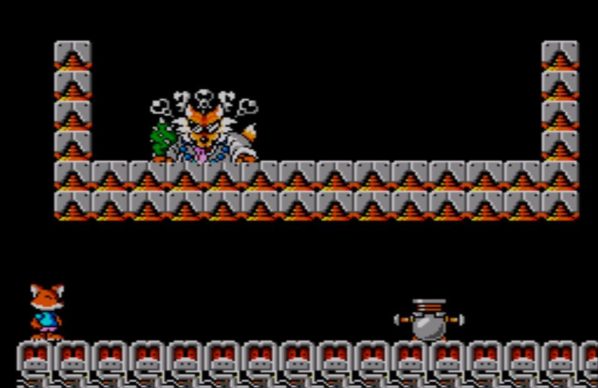 One of the bonuses of this game is that once all your lives are depleted, there is an unlimited “continue” function enabling you to return to both the stage and round you left off.

However, my main frustration with Psycho Fox is the lack of a “checkpoint”.  If you happen to die, you must begin from the very start of the round.  This is very frustrating if you happen to die whilst battling a stage boss!  Another criticism is that Psycho Fox moves a little too slow for my liking.  This means that if you get to close to an enemy, and are not in a position to throw a punch, it is difficult to move away in time.  It is also hard to jump distances if you don’t have a bit of speed behind you.

By the time the credits had rolled I felt like it was ME going psycho, possibly because I had died at least 100 times!  But despite my frustration Psycho Fox is a great little platformer.   It features some neat realistic sound effects, for example when Psycho cracks open an egg with his fist.  The soundtrack is great albeit a little repetitive, and the game is rolled up in a bright little package.  The biggest plus it gets from me is the interesting modes of defeating the stage bosses it employs.