Unlike ANOTHER “Volume 2”, you WON’T be disappointed with this week’s award, because the following two movies are the epitome’ of disappointment. Join me as the PFI hands out the illustrious OVER-RATED TOILETRY AWARD!!!!!

Here to present this award is the focus of the most insignificant plot point in movie history. Ladies and gentlemen, I give you, THE HAIRBRUSH FROM CROUCHING TIGER, HIDDEN DRAGON.

Paul: Err well, I’ll take over from here!!! The first recipient of the O.R.T. award is a very recent film, nominated for BEST PICTURE by the Academy of Motion Picture Arts and Sciences. Because of this total waste of a BEST PICTURE slot, this award is given TO THE ACADEMY!!!! The winner of the first O.R.T. award is…..

Usually when I watch a movie, be it in the theater, or at home, I must sit myself down and watch the whole thing, without any distractions. It’s just me and the movie. Now everyone knows I’m a lazy wretch, and it takes me centuries to mop the floors, pick up the laundry, etc… In the middle of Lost in Translation, I pressed pause, and I STARTED CLEANING MY ROOM. I HUNG UP MY LAUNDRY, MOPPED THE FLOOR, AND PUT THE SHEETS ON MY BED. The best part of the movie is Bill Murray. His dry humor SAVES this movie from certain doom, because the actual story is sooo uninteresting and DULL, you’ll want to do YOUR laundry. How can a movie where NOTHING HAPPENS get BEST PICTURE nods????

The bulk of the movie is spent with Bill Murray and Scarlett Johannsnosoonsnnson (however the fuck you spell that) sitting down in locations around Tokyo, having drinks, and talking crap, mostly about how their home-life in the U.S.A. sucks. The best parts of this movie involve it’s namesake, scenes where Murray attempts to communicate with Japanese people who know no english. Mind you, these scenes are few and far between, and the majority of the movie is just cheap romantic dribble. Take a 5 minute long (actually seems like 12421423452151515 hours long) Karaoke scene which, to quote Staci playing FFXI, is “neither ironic nor funny.” At the end of this scene, we get, ::gasp:: A KISS ON THE CHEEK!!!! (For those curious, this is where I pressed pause and cleaned the house) Most DISTURBING though, is how the script is written to make you FEEL SORRY for these two characters.

Ummm I don’t want to feel sorry for two people CHEATING on their significant others, especially since their significant others are GOOD PEOPLE that don’t DESERVE to be cheated on. I DIDN’T FEEL SORRY FOR THE CHARACTERS, and since it took place in Tokyo I WANTED GODZILLA TO APPEAR, STEP ON THEM, AND GIVE A THUMBS UP TO THE SCREEN!! ::roll credits:: I would’ve given the movie an A+ if that were the case, but alas, we get this ending…He’s leaving for America, she meets up with him on the street, he whispers something to her that we can’t hear, they kiss, and the credits roll. The MINIMALIST dribble of a movie where nothing happens ENDS with nothing happening, we don’t even get to hear what he whispered to her. And no, pseudo-intellectuals, I don’t want to use my imagination with what he told her, because, frankly, I don’t care what happens.

Here is a list of movies in 2003 that were better deserving of the precious Best Picture Oscar nomination as opposed to Lost in Translation:

If you’re interested in modern Japanese culture, give Lost in Translation a try, if not, read the following:

Roger Ebert, who, on his most recent show, stated that the reason people are bitching about Lost in Translation (see, it’s not just me) is because the majority of the people saw it at home on DVD and didnt get as “absorbed” (yes, absorbed) into it as they would’ve seeing it on the big screen. ::CLUBS SEAL:: thrtshrtdhgrsthyrtjtrjktrmjthjth EVEN IF I SAW IT IN THE THEATER I’D STILL CALL IT OVER-RATED TOILETRY. THE ONLY THING ABSORBENT ABOUT THAT MOVIE IS THE TOILET PAPER I WIPE MY ASS WITH. I WOULDVE GOTTEN UP AND CLEANED THE THEATER, DID THOSE POOR THEATER WORKERS A FAVOR. Also this week, he claimed Kill Bill: Volume 2 is better than the first half (PFFT!), yet gave The Punisher (a brilliant revenge story that didn’t FIZZLE out like Kill Bill 2 did) thumbs down because “it’s too dark and violent for a comic book movie”. ::hands Ebert an Over-rated toiletry honorary statue::.

ONTO THE NEXT RECIPIENT!!! HAIRBRUSH TAKE THE MIC!!!!

Paul: ::sighs:: Nevermind!!!! The following movie is considered a masterpiece by many. It’s a masterpiece alright…a master-piece of shit (duh I made a funny). The second Over-Rated Toiletry award goes to….::drum roll::

Everyone and their mother said this movie was an instant classic. Look, here’s everyone:

…and here’s their mother:

Yes EVERYONE AND THEIR MOTHER. So I decided to give it a shot, especially after hearing praises such as THIS:

“Jade Fox is as formidable a villain as DARTH VADER” (I’m not making this up….DARTH VADER.)
“The fight scenes are the best fight scenes ever.”
“It’s a great fairy-tale.” (Nothing wrong with fairy tales, except THIS one)
“You really get into the characters and the story.”

This will be difficult for me to dictate because I only saw it once, right when it came out on video in 2000, and since it was a miserable piece of crap, I naturally wiped it from my memory, please bear with me. Something about useless people coming out of the shadows and firing darts at Chow-Yun Fat. Jade Fox comes out, some withering old Chinese lady, and she talks some crap that doesnt make sense. The there’s a one minute fight scene. Then something like ninjas attack Chow Yun Fat. Non sensical dialogue. Two minute fight scene. Jade Fox comes out, talks crap. Chow Yun Fat and some woman hop and fly amongst the trees (the flying in the movie did not amuse me, I know it’s a fairy tale, but the flying just looked plain RIDICULOUS).

They meet Jen I think her name is, then we go into the WORST subplot in movie history, a 30 minute flashback sequence that shows Jen chasing some guy in the desert she likes named “Lo”. They consumate their love for each other by her giving him a HAIRBRUSH. Yes, this chase and subsequent love scene, with two characters we neither know nor care about, lasted 30 minutes. No fight scenes mind you. Much like the karaoke scene in Lost in Translation, the Hairbrush scene seemed like 23532465432642724552765764575475272 hours long. When we return from the flashback, Lo enters Jen’s tent, and tells her he cant continue with their love, and gives her BACK the hairbrush. AFTER ALL THAT CRAP…. This was my reaction:

I removed my head from the toilet and pressed on. Fight scene. Chow Yun Fat DIES. The most interesting character, DIES, STUPIDLY I might add. Jade Fox comes out, talks crap again, nobody cares. Fight scene, 3 minutes. Jen comes out, flies off a waterfall. Movie over.

Now after reading that choppy and vague review by me, watch the movie, and tell me I’m wrong. Also, scroll up to the praise and tell me Jade Fox is better than Darth Vader. I shouldn’t even have to LIST Darth Vader’s ATROCITIES. But to PESTER, I WILL:

Darth Vader:
.right hand man of the evil Emperor.
.chops Luke, his own son’s, arm off.
.tries vehemently to turn Luke to the Dark side.
.KILLS HIS OWN MEN.
.freezes Han Solo in carbonite, then sends him to Jabba the Hutt.
.shoots down LEGIONS of rebel fighters.
.KILLS Obi-Wan Kenobi.
.betrays his loved ones for the dark side.

Jade Fox did NOTHING. NOOOTHING. SUPERMAN is more of a villain. YES, SUPERMAN. ::flametorches brush:: For good fight scenes just watch any Jackie Chan movie, or the Matrix Trilogy, or Kill Bill VOLUME 1. Just stay away from Crouching Tiger, Hidden Dragon. You’ll save a baby seal that way.

NEXT TIME ON THE PFI TRIPE AWARDS!!! THE “CINEMA KILLED THE VIDEO GAME STAR” AWARD!!! Until then…EAT SNACKY SMORES!!! 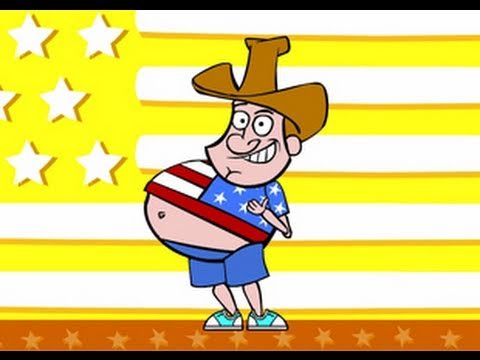