Since it arrived on Nintendo 3DS and Nintendo 3DS XL earlier this year, New Super Mario Bros 2 has stayed firmly in the top half of the UK top ten. But what is it about this latest entry in the Mario franchise that makes it the next evolution in the series? Here are three things we love about the game. 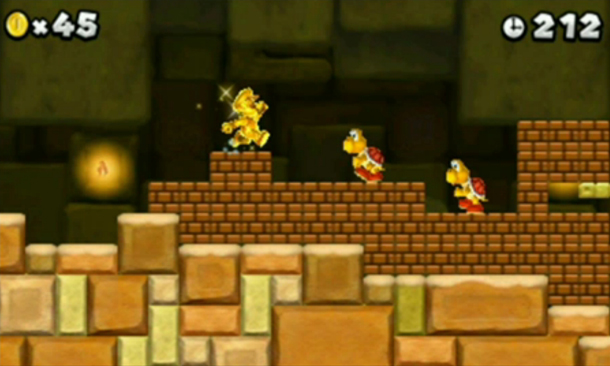 When it was announced that New Super Mario Bros 2 would offer gamers the chance to collect one million coins, it was an incredibly exciting idea. Of course, the reality is that this is damned difficult and you would need to truly master the game to achieve it – but the fact that it’s an option gives us something to aim for! 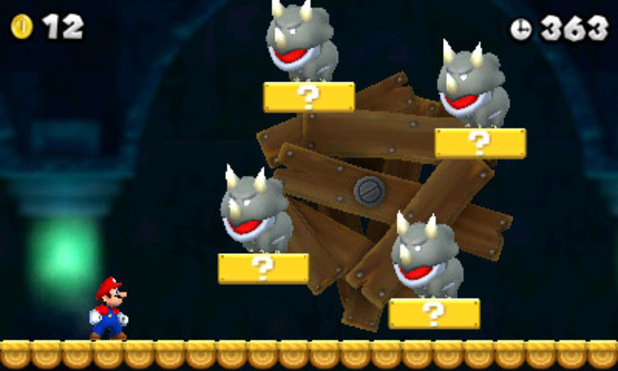 Though there have been Mario games throughout the ages that have challenged gamers to either pit their skills against each other or team up, the co-operative gameplay of New Super Mario Bros 2 is some of the best we’ve seen to date. As you can both play to save coins in the same account, it also means making that magical million even more of a possibility!

There is plenty of longevity in New Super Mario Bros. 2 itself that will keep you entertained, but the fact that Nintendo has also made even more course packs available to download gives it an extra level of value for money that is difficult to ignore. These are designed to build on the coin target challenges of the title and can be played again and again until you have truly mastered them.

It’s been a busy year not only for Nintendo but for Mario himself. Not only has the platform legend popped up in a new adventure on Nintendo 3Ds and Nintendo 3DS XL, but he’ll also be helping to launch the upcoming Wii U in New Super Mario Bros. U. Let’s hope he’s up to the challenge!

Angry Birds and Tetris to the PS3 and PSP