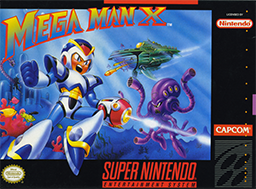 Another Mega Man hit for the SNES. Although in my opinion there were many hits on the SNES involving the blue bomber, this one always brings me back. The game starts like no other Mega Man game has started before which is with a first level of no use but to move the story forward somehow. After that first level, almost all Mega Man games used that technique to introduce you to the game. The game takes a lot of advantage of the SNES pad for once. You have the R and L buttons that helps X change power ups and buttons such as A to help him dash. 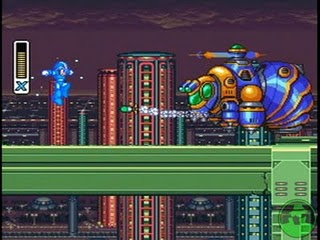 The introduction to many other factors in a Mega Man game were introduced and although the series turned from good to bad in the final games(X6 and X7 mostly), it’s still one of the more interesting series around. What I didn’t liked as much is how they turned away from the more appealing Mega Man storyline. There is a lot of weirdness going on but in the end, it’s acceptable. The gameplay is full shoot at everything around you style. It’s a great game if you are just starting to play platformers or the SNES overall. I highly recommend it for any player starting to play SNES games. Until next week!