Mega Man was a bad ass when I was a kid. He’d go around to different portions of the city to stop Doctor Wily’s nonsense. Shoot a couple of his fellow robots, take their energy and their powers, and then go off and shoot another robot in the face with those powers all while jamming to some of the best NES music. Yeah, Mega Man was a boss. I knew that one day I was going to be a bad ass just like him.

Fast forward 20 years later and I’m out of shape and sitting behind a desk writing about bad ass things. Oh, how far I have fallen from being a robotic boy that shot things in the face with a plasma gun. For awhile I believed there would be no way I could become Mega Man. There would be no hope for me to just taste a sliver of that rock n’ roll robotic lifestyle.

Luckily, thanks to the folks at Fan Gamer I can be just like Mega Man at my desk for only $28. They created a Mega Man energy capsule coffee mug. There should be a “Hells yes” coming from each of you, my dear readers. Do you understand the capabilities of having such a mug? I can use it to pour in coffee and place it on a bonus wide coaster. You know else I can use it for? A conversation starter. People will walk into my office and say “Hey, Umar. That’s a pretty awesome coffee mug.” I can reply with a smug nod and then chug down scolding hot coffee to show them how truly awesome I am with this E-Mug. Sure it’ll hurt but my life energy will fill up while drinking out of this mug, obviously. I will truly be that super fighting robot that Mega Man is. Not that I said “is”. He is still relevant, god damnit!

Umar is a true gamer and computer wizard. During his time at Alienware, he connected with Obsolete Gamer CEO, Ignacio and COO, J.A. Laraque and created one of the original writing teams that would go on to create Obsolete Gamer. Always willing to speak his mind even when others hate him for it, Umar always entertains as well as informs. 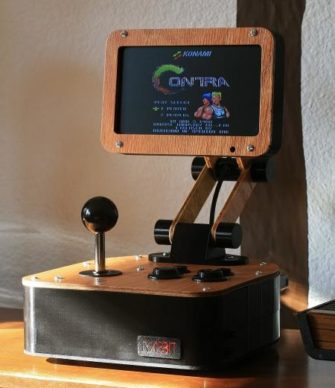 The Daily Awesome: the Model G1 from Rabbit Engineering