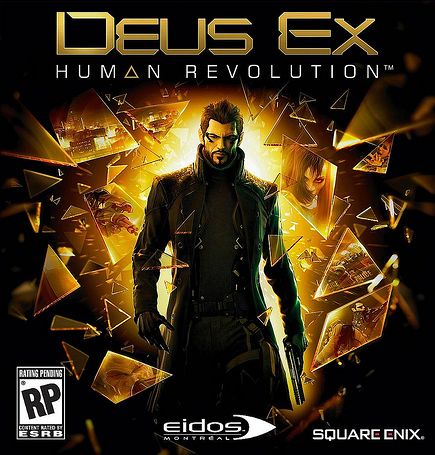 I was looking forward to Deus Ex mainly because I like the stealth style of gameplay, but with the option of going guns blazing if I wanted to. The game did give me what I wanted out of a sci-fi stealthy first person shooter, but there were some let downs for me personally as well.

First off, I write this review expecting people to know about the game and for those who already played it or wish too. Right off the bat I liked the visuals in the game though it still uses static backgrounds for its backdrops, meaning the city you are in is fully 3D, but perhaps the mountains in the far background is just a picture, which really isn’t a big deal.

The gameplay itself can be either fast or slow depending on your style. However, cover from fire is very important because even though you are augmented you are far from invincible. The cover system is a lot like Gears of War where you can hide behind a structure and peek and shoot around it. This is how you will fight most of the time unless you are sniping someone from far away or my favorite sneaking up on someone from behind.

Now as said you can be more stealth based or more frontal assault and there are various weapons to go with each. I just have the feeling the game was made more for stealth so if you play that way it is a much better experience.  So when going stealth you spend most of your time crouch walking and hiding behind things and sneaking through air vents to sneak up on the enemy.

Now this is where I have to complain a bit. The AI is pretty stupid sometimes in Deus Ex. Here is an example. You sneak into a room via an air vent and sneak up on a guard and use your silent takedown move. Now if you are smart you hide the body and keep the other guards or the camera from seeing you, but even if they see you all you have to do is hide in that vent until they go away. I sat in one spot and shot guard after guard as they came to check the body and I was in no danger of them coming after me though the vent.

Let’s talk augments. Your character becomes pretty bionic and you can upgrade a variety of augments on your body for extra run speed, armor, aiming and so on. Now you earn points to upgrade either by gaining experience or by purchasing them at LIMB clinics. Now here is the thing. In my opinion hacking is the most important augment because it opens doors, gets you into computers where you can turn off cameras and turn turrets and robots on the enemy so honestly you want that first.

Another complaint, since they want you to upgrade and add to your augments they make it so certain things kill you that really shouldn’t. For instance, I jumped off a ledge a bit higher than a dumpster and died. A fall of that height should not kill anyone, but they want you to get the no falling damage augment so it does.

Back to hacking, so for some missions you need a higher hack rating to break into a door or computer so, again, it’s paramount to raise it first. However, many computers are completely useless and if you are like me who looks for everything you spend a lot of time just hacking computers, but it can be good to find codes or other information.

Stealing is also big in Deus Ex. If you want to have money, ammo and weapons then you need to steal everything and really you can even steal from your own company because they don’t seem to care and it can net you some good weapons. The same goes for hacking the doors and computers in your own company it nets you good loot so steal away.

There is your main mission and side missions in each “City Hub” which is the way the game gives you an interactive city, but keeps you in a sand box. You start in Detroit and go on to places like China and Canada, but it is pretty much the same once you get there. Just remember, for the most part, once you leave a city hub you cannot do any of the side missions there so hit those up first it won’t affect any time table dealing with the main storyline. The side missions can net you experience, credits and sometimes a special weapon, but overall it made little difference on the ending of the game.

Yet another complaint, there are minor consequences to what you do in the game even though it makes you feel like there are big ones. For the most part you can skip all the side missions and not really miss anything, which I guess can be good for people who hate side missions. The same goes with choosing to knock out over killing, it makes no difference in the end and only applies to a very few mission parameters.

Searching, stealing and information gathering is mostly what you are doing in this game. There are action sequences and some decent fire fights, but honestly, between going the stealth route and hacking everything you see the game is pretty easy except for maybe the boss fights. The key is to search everything and if there are two other augments you should do after hacking it is to upgrade your inventory space and to get the social perk for additional conversation options.

Overall, the game was fun. I wanted to keep playing and it kept me interested, but besides the lady pilot I did not really care about anyone else including the main character. I had the most fun trying not to kill people and instead sneaking up on them and knocking them out. With that said, the game is still worth a play through, but that is about it. I see no real reason to play it again considering you can save right at the end and see the alternate endings which I hate to say were disappointing. 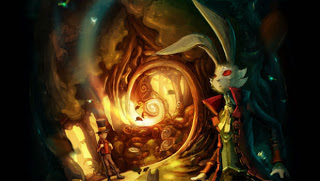 The Night of the Rabbit