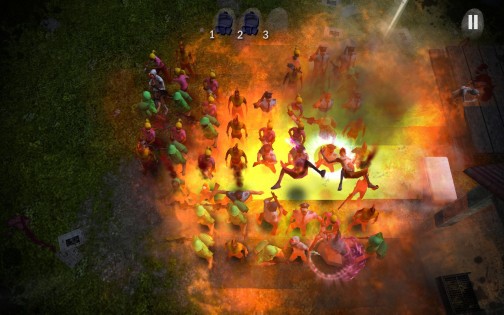 Do you like games wtih zombies?  Do you like puzzle games?  What if there was a game that put those two things together?  There is.  Learn more about Containment A Zombie Puzzler in this review.

I recently acquired Containment A Zombie Puzzler through Indie Royale’s May Hurray Bundle.  Having heard of the game from a number of friends who are game developers as well as hearing about the game being selected for PAX 10 this year and seeing as a part of the bundle, I decided to get it.  Fast forward to July and I finally got around to playing it.

Unlike a lot of zombie games, this is not a shooter.  This is not a see how long you can survive.  This is not a run for your life, you’re going to be eaten by zombies, nor is it close to Plants vs. Zombies.  It’s a true puzzle game WITH zombies and boss zombies you have to fight. 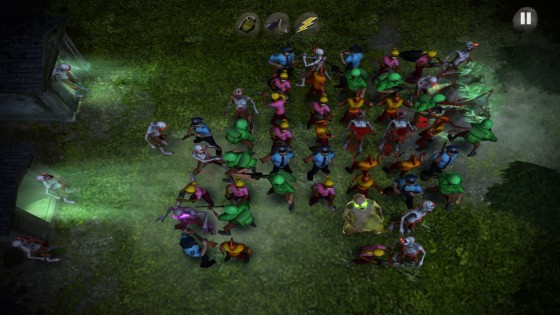 The game has two play modes:  Campaign and Survival mode.

In Campaign mode, you play through three acts which tells a story of how the zombie apocalypse started, what people are doing to survive.  The story is actually pretty entertaining and leads into new puzzles as you go on through the story.  Each act has 5 parts.  Depending on how good you are at puzzles and how fast you are at moving people around in the game will tell you how long it will take you to complete it.  The campaign will take at least 2 to 3 hours to complete. 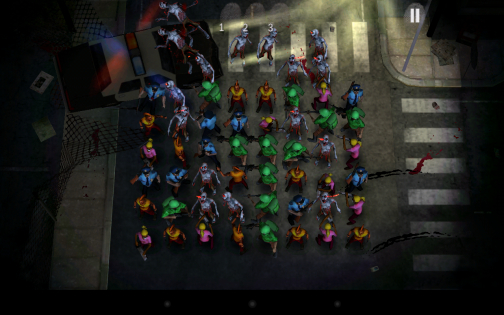 In Survival mode, you have to complete puzzles quickly.  You get rated on how many zombies are killed, time it takes to complete and how many survivors you have.  There are 3 different survival modes and you can rank up against other s in the game Leaderboard depending on how well you do.

Both versions are a lot of fun to play, but I have to say that Campaign mode gets harder and harder with new zombies and new bosses to defeat at each stage and Survival mode gets harder the further you get into the game. 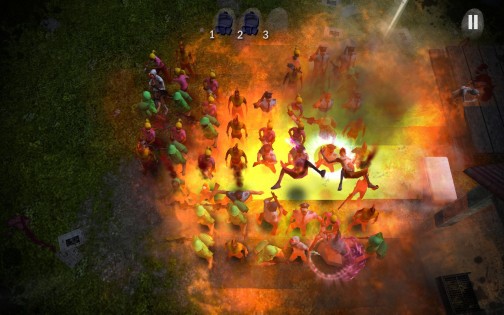 Did I mention that the zombies can turn your puzzle pieces into zombies?  I think I forgot to mention that.

I mentioned this was a puzzle game.  You get 4 types of non-zombies:  The Soccer Mom (as I call her) dressed in Pink, Army Dude dressed in Green. Police Officer in Blue and Anarchist in Orange.  To defeat the zombies, you have to surround on four sides (corners do not apply) with the same color.  You can surround groups of zombies.  Zombies on the edges only have to have 2 sides (sometimes three sides) before they are killed.  The colors vary each time for the fighters.  As you use them, they disappear and more fill in from the top.  Continue matching colors as you can until you defeat all the zombies.  But you have to do it quickly, otherwise the zombies will keep eating your defenders and you will run out of defenders and lose the round. 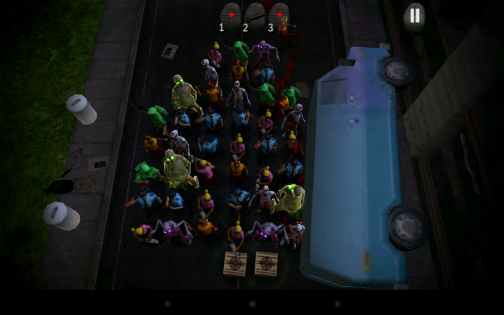 You get bonus points for various events in the game, such as if you trap zombies or have a cascade effect. A cascade effect is where defenders drop down into a region and can automatically surround and kill a zombie already there.

A nice feature of the game is you can restart individual blocks in an act, or the entire level.  It’s up to you.  If you fail, you get to chose where to restart as well.

Overall, as a puzzle game, this was pretty fun, especially as it tells a story.  In addition to putting puzzles together, you get bonus items to use (grenades, firebombs, airplane attack, etc.) but you also kill your people with those attacks.  There are also areas where you can interact with the environment to blow pieces of it up. 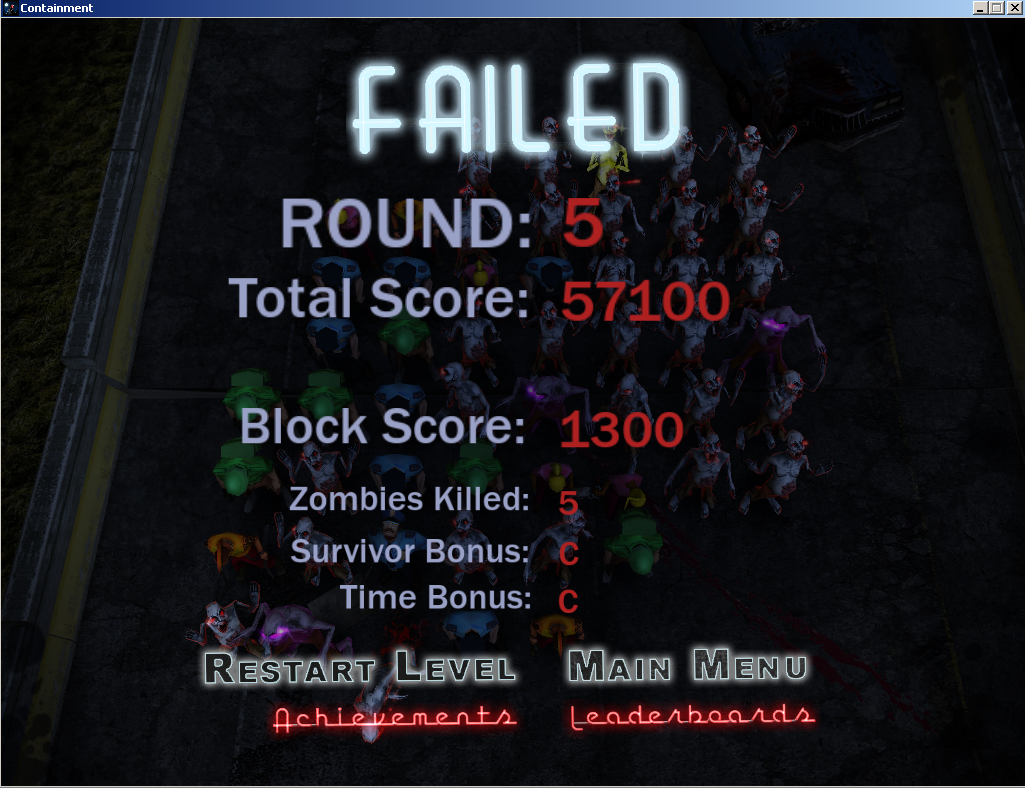 There are also additional mini puzzles in the game.  For example, in one act, you need to surround several power supplies with defenders of the same color.  While defeating zombies and preventing zombies from walking into the group and turning them.   This game definitely makes you think.

The only downside of the game is the freaky repetitive noises.  The sounds get quite annoying after a while.

If you like puzzle games and zombies, this is a great game to add to your collection.  This is available on PC through Steam, as well as for iPads and other iDevices through ITunes.

For more information on Containment or on the development company, BootSnake Games, you can visit the following websites:

You can also check out this video by bootsnake games  to see some gameplay:

I’m a 34-year-old corporate journalist who enjoys gaming, reading, writing and jewelry making. I’m a mother of one, a 15-year-old boy who shares an eerie addiction to gaming as well. I can be found writing for a number of sites, including Video Game Scoreboard at http://www.videogamescoreboard.com