Sometimes the truths of the universe are too shocking for us to accept and some other times cosmic realities simply cannot be understood. Still, I just can’t comprehend why Call of Cthulhu: The Wasted Land is the only (and thus first) Lovecraftian, turn-based, tactical game I’ve ever encountered; let alone one of the few games to use the trenches of WWI as a dark and desperate setting.
On the other hand, ignorance is bliss and creative people get strange dreams courtesy of the Outer Gods, who have been slumbering and waiting for an ambitious take on X-Com that will actually feature Dark Youngs, undead soldiers, mad mages, hints of Reanimator and the spawn of Cthulhu. Happily, said dreams spawned The Wasted Lands, which, as should have already been made blatantly obvious, is a lovely turn-based, tactical affair with a few RPG touches. 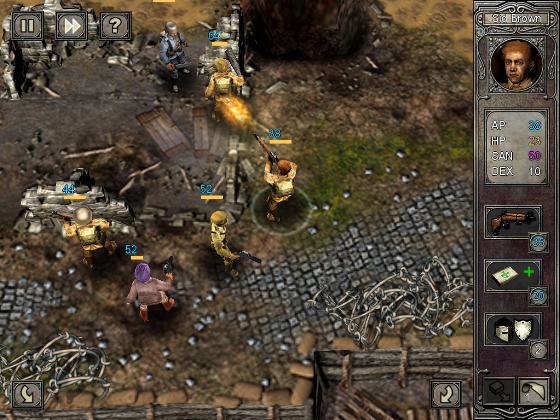 You get your characters, your action points, your experience points, your oppressive 3D terrains, your campy but delightful plot, your spells, your otherworldly monstrosities, your cultists and your zombified soldiers in one of the most honest (and cheap) strategy games I’ve recently played. What you also get is a truly elegant adaptation of Chaosium‘s Call of Cthulhu rules, the first ever sanity mechanics to actually work in a wargame and a most successful atmosphere.
On the downside, this is a really short game sporting ten or so missions, that will last you for roughly ten hours, and, irritatingly, a game with a few control problems. Apparently, its iOS roots haven’t been ironed out, but trust me when I say that you’ll very soon be used to its, uhm, eccentricities. Oh, and you can only grab it over at the universally unknown Intel AppUp online store, meaning that more middleware will have to be installed on your ever-encumbered PC.
[youtube]http://www.youtube.com/watch?v=gU_7aj1bp8g[/youtube]
Still though, hadn’t had this much fun with a turn-based strategy game, since, well, X-Com and that should be all you need to know.
Verdict: Cthulhu would smile and devise new tactics.