At the Beta Bin it doesn’t matter which site offers the beta or what game it is, simply put, if its open or free we will bring it to you. As gamers we know many of you are looking to try out any game and this section is for you. If you like the game leave us a comment and tell us about it and perhaps one of our writers can review it.

Our friends over at MMORPG.com have been given over 5000 beta keys for Aika Online. With over 4000 level you can get yours by signing up on their site.

MMORPG.com has been given 5000 keys to give to our community for the upcoming beta test for Aika Online – the latest offering from gPotato! Aika’s First Closed Beta will run from Feb 3rd (11am pst) through Feb 9th and is fully loaded with 5 nations, 6 classes, 30 levels, and hundreds of quests.

Aika is a truly monumental game from Gala-Net, publishers of Flyff and Rappelz, and JoyImpact, developer of Neo Steam: The Shattered Continent (published by Atlus Online in the US). Designed to re-imagine the “massively” in MMORPG, Aika presents three major PvP modes which run the gamut from small skirmishes to 1000 vs. 1000 warfare. This comprehensive PvP system is unique among current MMORPGs for its gigantic scope, and it is this element – along with a fantastically detailed world and sweeping storyline – which has earned the game many enthusiastic reviews for its quality of play. Aika won the Best of Show: Prime Minister Award, Player’s Choice: Best Online Game, and Best Game Design & Scenario at the 2009 Korean Game Awards, organized by the Korea Game Industry Agency (KoGIA) under the Ministry of Culture, Sports, and Tourism.

With over 1,000 quests, hundreds of monsters, and 15 gorgeously rendered areas, Aika holds its own as a thrilling single-player experience. However, it is the depth of the PvP system that sets this game apart. The world of Aika features five nations – each possessing its own distinct personality and populated by thousands – which, along with a comprehensive guild system, lays the groundwork for truly epic military clashes. Guilds and nations may ally with each other in exciting Castle Sieges to gain control of a nation and lord over its subjects, while entire nations may scheme with and against each other to win wars with glory, treasure, and powerful ability enhancements at stake.

Aika’s launch in North America marks its premiere into the Western hemisphere. It is currently being published in Korea, Japan, Taiwan, and Hong Kong and Gala-Net is pleased to bring Aika to its millions of gPotato users. Aika is being developed by JoyImpact, a development studio owned by HanbitSoft, one of the largest online game publishers in Asia. Aika is expected to launch in Spring 2010.

For more information about Aika – check out the official website 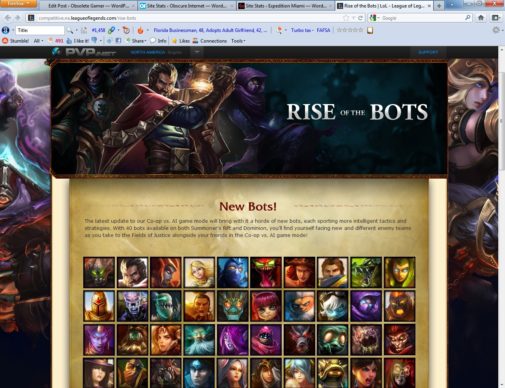